Horizon Call of the Mountain Has Gone Gold

The PlayStation VR2 launch title has wrapped up development ahead of its release later this month.

Despite an earlier report of a reduced sales forecast, Sony has revealed that it will not be reducing production of its upcoming VR headset.

A new report claims that Sony is now projecting 1 million shipments for the VR headset for the ongoing quarter, down from its previous projection of 2 million units.

PS VR2 – 13 Crucial Things You Should Know Before You Purchase

Here's everything you need to know about Sony's upcoming next-gen VR headset.

The PS VR2 is major step up from the original PS VR. A lot has changed so here are 15 big differences between the two you should know about. 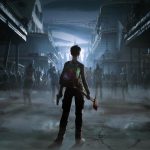 Even those who claimed the survival horror VR on PlayStation Plus can upgrade for free when the PS VR2 version launches in March.

Gran Turismo 7 will be a PS VR2 launch title, with the entire game being playable in VR, except 2-player splitscreen races.

Ahead of the next-gen virtual reality headset's launch in February, Sony has revealed over a dozen new games for it.

The VR survival horror shooter will also be available on Steam in February, and is targeting a PS VR launch later in 2023. 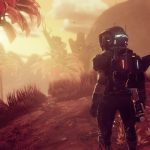