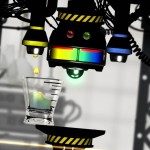 Puddle has got a new patch. The patch will fix: • Demo flow has been updated to help new players get a feel for the novel game mechanic • No more load times when restarting a level •... Read More

As retail exclusives for the Xbox 360 crawl to an excruciating standstill, Xbox Live arcade, its pioneering digital storefront, has gotten a second life, as it busts at the seams with the sheer amou... Read More

Puddle – A pool of screenshots

Check out these new screenshots from Puddle.This game is published by Konami on PS3 and X360. In Puddle, players must guide a puddle of fluid to its target destination, not by moving the fluid, but... Read More 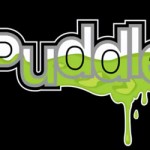 Puddle is now available for Xbox Live. In Puddle, players must guide a puddle of fluid to its target destination, not by moving the fluid, but by tilting the game world. A new experience based ... Read More

[HTML1] Konami has released the launch trailer for their puzzle platformer. In the game, you play as a puddle of liquid and complete obstacle courses and stuff. The concept sounds interesting, and th... Read More 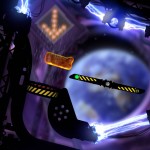 Check out these new screenshots from Puddle. The new screenshots showcase the broad variety of courses available to navigate. Players must dodge heat beams and rays of electric current that can fry... Read More

https://www.youtube.com/watch?v=u4czRgtUIeU Konami's released a new gameplay trailer for Puddle. What you do here is manoeuvre a think blob of liquid across certain terrain to its destination. Now... Read More 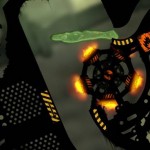 Konami have announced the North American launch dates for Puddle. The game will be coming on January 25th on Xbox Live and PlayStation Network for the PlayStation 3 on January 31st. What bega... Read More