Around half of Apex Legends' lifetime net bookings were achieved in the 2021-22 fiscal year, making Season 12 its most successful one ever.

Apex Legends Mobile Confirmed to Launch on May 17th

New cinematic trailer sees Mirage finally getting a big win over Wraith. A new challenger is also teased to be joining the roster.

The "Heroic Defender" is all about defending his team, whether it's deploying a mobile shield or creating a fortified stronghold to fight from.

The battle royale shooter will be introducing its 21st Legend soon, but Respawn says the rollout for new characters might slow down eventually.

Kill RP cap has been removed and the assist timer will be 15 seconds with a refresh if an enemy has been revived and downed again.

Who is the "Hero of Harris Valley" and how is Bangalore's brother Jackson involved? Find out in the latest "Stories from the Outlands." 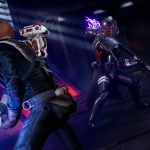 Presumably Bangalore's long-lost brother, Newcastle is a tanky Legend that plays around with shields and covers to provide defense for his team.

New Legendary skins for Wraith, Valkyrie, Pathfinder and Crypto will be added along with two new weekly challenge tracks. 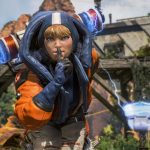 Apex Legends Mobile is Targeting a Full Launch This Summer

Apex Legends Mobile launched in select regions earlier this month, and Respawn Entertainment says it's currently aiming for a full launch this summer.