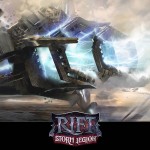 Check out these new screeshots from Rift. This game is published by Trion Worlds on PC. [gallery link="file"]Read More 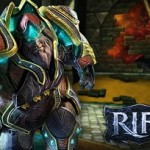 Rift: Conquest is the latest update to Trion’s hit MMORPG. The center point of the new update is a new PvP system that lets players join one of three Ascended factions – Dominion, Oathsworn, or Ni... Read More 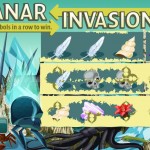 Check out these new screenshots from Rift.This game is published by Trion Worlds on PC. Rift Mobile features: Social Features – Chat in real-time with friends and guild mates. Keep up to date wi... Read More

Game Developers and Publishers Trion would like to lend their Holiday Spirit by participating in this online giveaway where five lucky winners will get a copy of the game Rift. No matter what holi... Read More 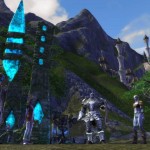 RIFT Gets An Adventure Trailer

[HTML1] Check out this new 'Adventure' Trailer from RIFT. Rift is the complete and full-featured MMO experience. Adventure in the world of Telara as either a noble Guardian or technomagical Defian... Read More 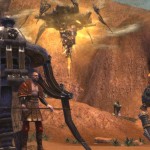 Check out these new screenshots from Rift.This game is published by Trion Worlds on PC. Adventure in the world of Telara as either a noble Guardian or technomagical Defiant and enter a dynamic fant... Read More

Check out these new screenshots from Rift: Ashes of World published by Trion Worlds and is expected to be released by the end of this month on the PC. For more on Rift  please click here [galle... Read More

Trion worlds have announced that Rift: Ashes of History will be hitting servers next week.  The update will include the following: Planar Attunement - Advance beyond level 50 with Planar Att... Read More

An ethical hacker known as 'ManWitDaPlan' recently used his powers for good and uncovered a security exploit in the recently released MMORPG Rift. Having identified the culprit accounts that we... Read More

Rift: The game to take the MMORPG throne?

[HTML1] Like it or hate it, there is no denying that the MMORPG genre is completely dominated by one game: World of Warcraft. In terms of critical reception, commercial success and influence on popul... Read More

'Rift' is an online MMO-RPG that is being developed and published by Trion Worlds.  The game is due out March 1st, 2011 only on the PC.  'Rift' as beuatiful as the cinematics look in the game has ... Read More