Immortality is Out Now on iOS and Netflix

The critically acclaimed narrative title is free for Netflix subscribers. It is also playable on Apple iPhone and iOS devices.

Immortality is Out Now on Xbox Series X/S and PC

The narrative title is coming "very soon" for Apple and Android on Netflix, with the developer taking extra time to ensure "the best possible experience."

The latest full-motion tale from Her Story creator Sam Barlow is also coming to Xbox Game Pass. Other platforms will be announced later.

Her Story Creator’s Next Game is Immortality, Releases in 2022

The title features a who's who of horror/thriller writers and focuses on actress Marissa Marcel, who featured in three unreleased films. 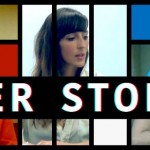 Her Story 2 Teased Through Blurred Document

Sequel will apparently have no story relation to its predecessor.