A slight snag for those waiting on Game Pass.

Rise from the ashes and fight back against mutant foes on December 3rd.

Learn about the state of the world, the new factions and the return of Project Phoenix.

The turn-based tactical strategy title will be exclusive to the storefront for a year. 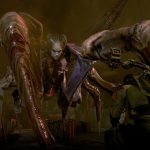