Stunlock Studios is focused on making the survival action RPG "the best it can be for PC," but is aware of the interest in console ports.

Stunlock Studios has announced that V Rising has hit the 2 million copies sold milestone after having spent just a month in its early access release.

V Rising has sold a million copies since its early access launch a week ago. Developer Stunlock Studios has also added an offline mode to the game. 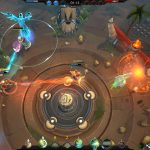 "The intent is to provide players with a sense of pride and accomplishment..." 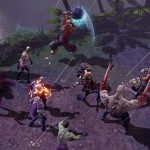