Archive For The Outer Worlds Tag

The current-gen version of Obsidian Entertainment's RPG has yet to be officially announced, but evidence surrounding it continues to mount.

Despite the game launching day 1 on Xbox Game Pass, it seems the RPG has seen a lot of success in a relatively short time.

Obsidian Entertainment might be primed to have an eventful E3 this year, according to a recently published report.

Private Division also confirms that Obsidian and Microsoft will publish "future iterations in the franchise. 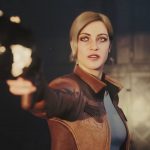 An offbeat trailer for the game's send off expansion.

No word on what Series S plans are. 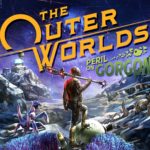 The Outer Worlds: Peril On Gorgon Now Available On Switch

It's a bit behind, but Switch users can now check out the first expansion.

The Outer Worlds – Murder on Eridanos Expansion Announced, Out by March End

Promises to be "Halcyon Helen's final (and finest!) adventure."

Patch 1.2 is currently live and provides a number of visual improvements.

The Switch version will also go on sale on October 22nd.

The Outer Worlds 2 is in Pre-Production – Rumour

Obsidian Entertainment might be at work on the next game in their new series.

The Outer Worlds Releases on Steam on October 23

Watch how long it takes both consoles to load into The Outer Worlds.

The Outer Worlds: Peril on Gorgon DLC is Now Available

Travel to the Gorgon Asteroid and investigate the shady dealings of Spacer's Choice.

Check out how the crew begins their investigation into the Gorgon asteroid.