Archive For WWE All Stars Tag

Rumours abound that today THQ have laid-off all of their staff at THQ San Diego. THQ are also reportedly in whole heap of financial problems. Acquired by THQ in 2009, THQ San Diego was previousl... Read More 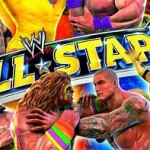 [HTML1] WWE All Stars is coming to the 3DS so you will be able to see you favorite WWE Wrestlers like never before.  The 3DS version of the game will also include two exclusive additions to the expe... Read More

I have not been a wrestling fan since I was a kid and don't necessarily like it the much so I really didn't see how I was going to enjoy WWE All Stars.  But I could not have been more wrong as the ga... Read More 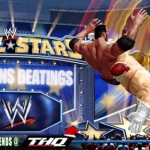 [HTML1] All you intrepid WWE fans may want to take note of the new trailer for THQ's upcoming WWE: All Stars. The trailer shows off some of the more obscure match types that we'll see in the ful... Read More

THQ have confirmed that a WWE All Stars demo will launch in the UK on 22nd March for Xbox 360 and 23rd March for PS3. The demo will feature Rey Mysterio and The Ultimate Warrior, two characters fro... Read More