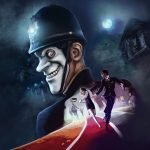 Psychonauts 2 Guide – How to Increase Max Health and Psitanium Capacity

Surviving the various mental trials and tribulations becomes a lot easier with more health and Psitanium capacity. Here's how to upgrade both.

Psychonauts 2 Guide – All Bosses And How To Defeat Them

There are quite a few challenges in Double Fine's latest and that includes boss battles. Check out how to defeat them all here.

A YouTube video details the differences between Double Fine's Psychonauts 2 running on a PS5 versus an Xbox Series X and Xbox Series S.

Sea of Thieves: A Pirate’s Life Leads to 4.8 Million Active Players in June

The August update is currently live and adds several improvements to the new Tall Tales along with Pirates of the Caribbean-style cosmetics.

In a statement issued to Kotaku, 343 confirms that Halo Infinite's bots aren't teabagging players on purpose and its a glitch in the systems instead.

Halo Infinite Has Been Rated By The Australian Classification Board

Halo Infinite has reportedly been issued an M rating yesterday, which gives credence to a previous rumor pertaining to the game's release date.

In a statement issued to IGN, Halo Infinite's engineering team clears the air about the recent fruit comparisons and implications for fixing it.

According to insider Tom Henderson, the mode has been in development for years. It's unclear when it or if it will ever release.

A new leak on Twitter suggest a possible file size for Halo Infinite on consoles, although the specific platform hasn't been mentioned.