Tales from the Borderlands Review – A Worthy Trip To Pandora

Our final verdict on Tales from the Borderlands across all episodes.

Then I picked up and played this game and was almost immediately turned around. I’ve been a fan of Telltale’s style for quite a while now, having already played both The Walking Dead Games as well as The Wolf Among Us and Game of Thrones, (and am starting Minecraft Story Mode). Because I’ve played so many of their most recent games, I thought I knew what to expect in their style, but even here, I found myself getting a bit surprised. 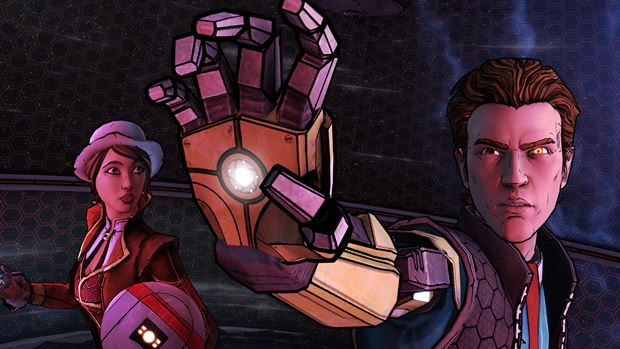 "The game also takes a tact that we haven’t seen in Telltale games before, in that there is more than one point of view and more than one main character."

The graphics quality of Telltale games have always been either “sub-par” or “different” depending on whether or not you’re actually a fan of that style. For the most part, the graphics can almost universally be described as “choppy” or “blocky” but it appears the developers polished this up a little bit for Tales from the Borderlands. More often than not, I found myself forgetting this game wasn’t just an extension of Borderlands 2 as the art style seemed to almost completely match that game. Of course, this is helped by Gearbox being involved in production, but still, it was a step up art wise from the other games I’ve played so far.

While the look of the game was striking, it’s not what makes the game one of the best I’ve played so far this year. The story does that, and a cast of characters that are all incredibly fun and likable, even when they aren’t supposed to be. The game also takes a tact that we haven’t seen in Telltale games before, in that there is more than one point of view and more than one main character. The fact that neither of the main characters, who are actually telling the story can be trusted at all, makes it even more fun, as the they will actually contradict each other at certain points throughout the five part game. 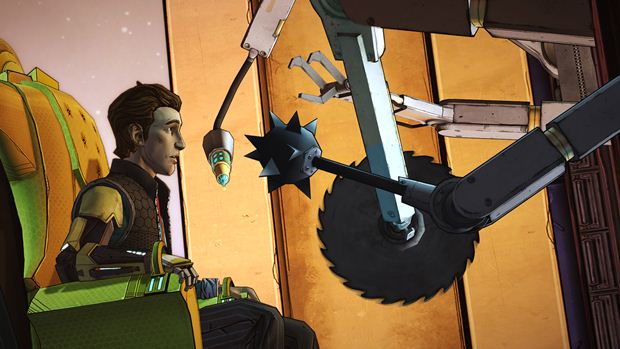 "Quick time events are about as close to having to move and think quickly, as is the case with other games in the series, but there seem to be less of them in this game than others. "

Rhys (the fast talking company man) and Fiona (the fast talking Pandoran con-artist) are both fleshed out in a way that also seems somewhat different than other main characters in Telltale games. Despite the fact that I’ve never been in any kind of situation like either of these characters find themselves, I still find myself empathizing with both of them. The game uses the usual Telltale format of telling a story partially driven by you deciding what actually comes out of their mouth and what kind of actions they take. Considering that neither character is exactly trustworthy I had even more fun to see how the reaction would be and where later in the story, those lies would come back to bite me.

Now, before you think I’m going to say only good things about this game, there are some drawbacks that come with pretty much every Telltale game. Those drawbacks might be a bit more obvious considering this is a game built on another game that relies on a player’s quick instincts. Quick time events are about as close to having to move and think quickly, as is the case with other games in the series, but there seem to be less of them in this game than others. 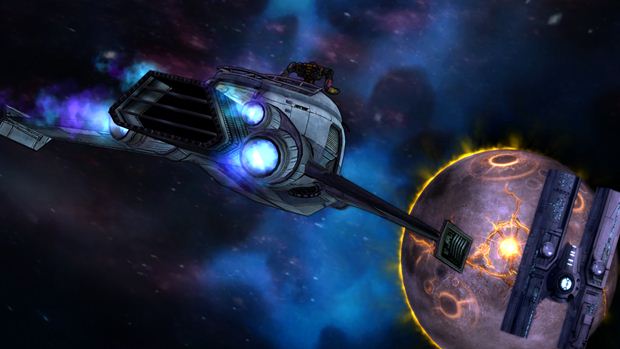 "Presented in the usual chapter setting that made me wait for months in order to see how this crazy story was actually going to finish up, I wasn’t disappointed."

There is certainly going to be a group of people who don’t like having all but the most inconsequential physical choices taken away from them. Sometimes, such as when I turned on my laser scanner eye as Rhys, it seemed to be a throw-in just to give me something to do other than pick dialogue to say. The always kind of boring feature of being forced to look at “everything” was still there as well. When you can’t leave a room until you look everything up and down, it takes away from the joy of actually finding a useful tool. Telltale still hasn’t perfected the art of the players not finding an item and that actually changing something way down the line. Look to something like Until Dawn for that kind of butterfly effect.

Presented in the usual chapter setting that made me wait for months in order to see how this crazy story was actually going to finish up, I wasn’t disappointed. While some games the company have put out have had a less than satisfying end, the conclusion was exactly the ending I’d wanted to see. I won’t spoil it for you because this is a game you need to play yourself.

The characters, from Rhys and Fiona to Vaughn, Sasha and even Gortys are all well filled out and bring fantastic personalities to the game. The voice actor crew is top notch and they’re given a good story to work with.

This game seems to make interacting with objects and actually finding things like specific tools even less important than usual. Moving around is as clunky as you should expect from any Telltale game as well. Those who don’t like the “choose your own adventure” format aren’t likely to enjoy this game.

Final Verdict:
AMAZING
The story is excellent, characters are intriguing, and the game looks better than I’m used to seeing from Telltale Games.
A copy of this game was purchased by author for review purposes. Click here to know more about our Reviews Policy.