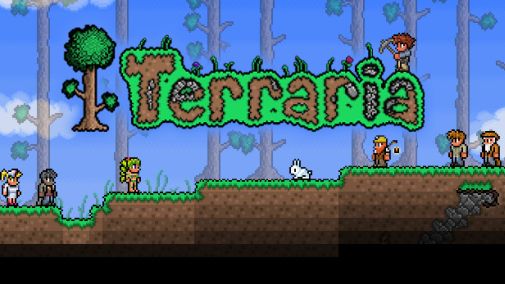 505 Games has announced that side-scrolling, platform sandbox game Terraria is now available on the PS Vita. Consumers can pick it up on the PlayStation Store at £11.99.

The Vita version of Terraria includes new touch controls, eight player multiplayer and content from the 1.2 update which includes two new armour sets, 20 NPC types including eight zombies, six sets of Demon Eyes and of course, new items and recipes to get your crafting urge on. But that’s not all – it will also support cross-play with the PlayStation 3. So you can play on the Vita and continue crafting, exploring and killing on the PS3 seamlessly. Modern technology for you.

If you haven’t experienced Terraria by now, it’s available on just about every platform you can name – Xbox 360, PS3, PC, iOS, Android and soon for Windows Phone. Will you be picking it up for the Vita instead? Let us know your thoughts on the comments below.