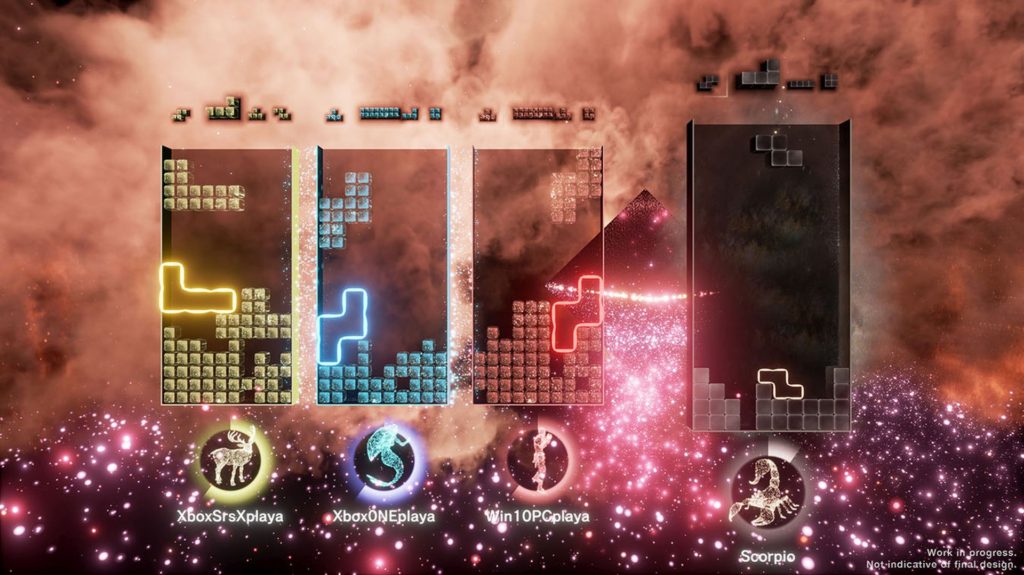 Enhance Games’ Tetris Effect received a substantial update last year on Xbox One, Xbox Series X/S and Windows 10 (via the Microsoft Store) with Connected. That same update will be coming to the game on PS4, the Epic Games Store and Oculus Quest along with the game’s Steam release in late July. If that weren’t enough, cross-platform play is also going live in late July.

Other new features include Spectator Mode for matches with friends which allows 4-6 players to spectate a match and use emotes to cheer for players. PAL Speed is also being added to local and friendly matches along with Classic Score Attack which looks to replicate the European PAL feel of the original Tetris on the NES. That means a lower frame rate, faster dropping speed in the later levels and faster horizontal movement. Finally, Slow Speed is coming to Zone Battle along with friendly and local matches.

A closed beta will be held for cross-platform play along with all of the new features starting today. It will be available as a separate download from today to June 23rd on PS4, Xbox Series X/S, Xbox One and Microsoft Store PC. All Tetris Effect owners can try it out from June 23rd to July 5th while Steam users gain access from today till July 5th (but only through closed invite). For more details on the update, check out the video below.