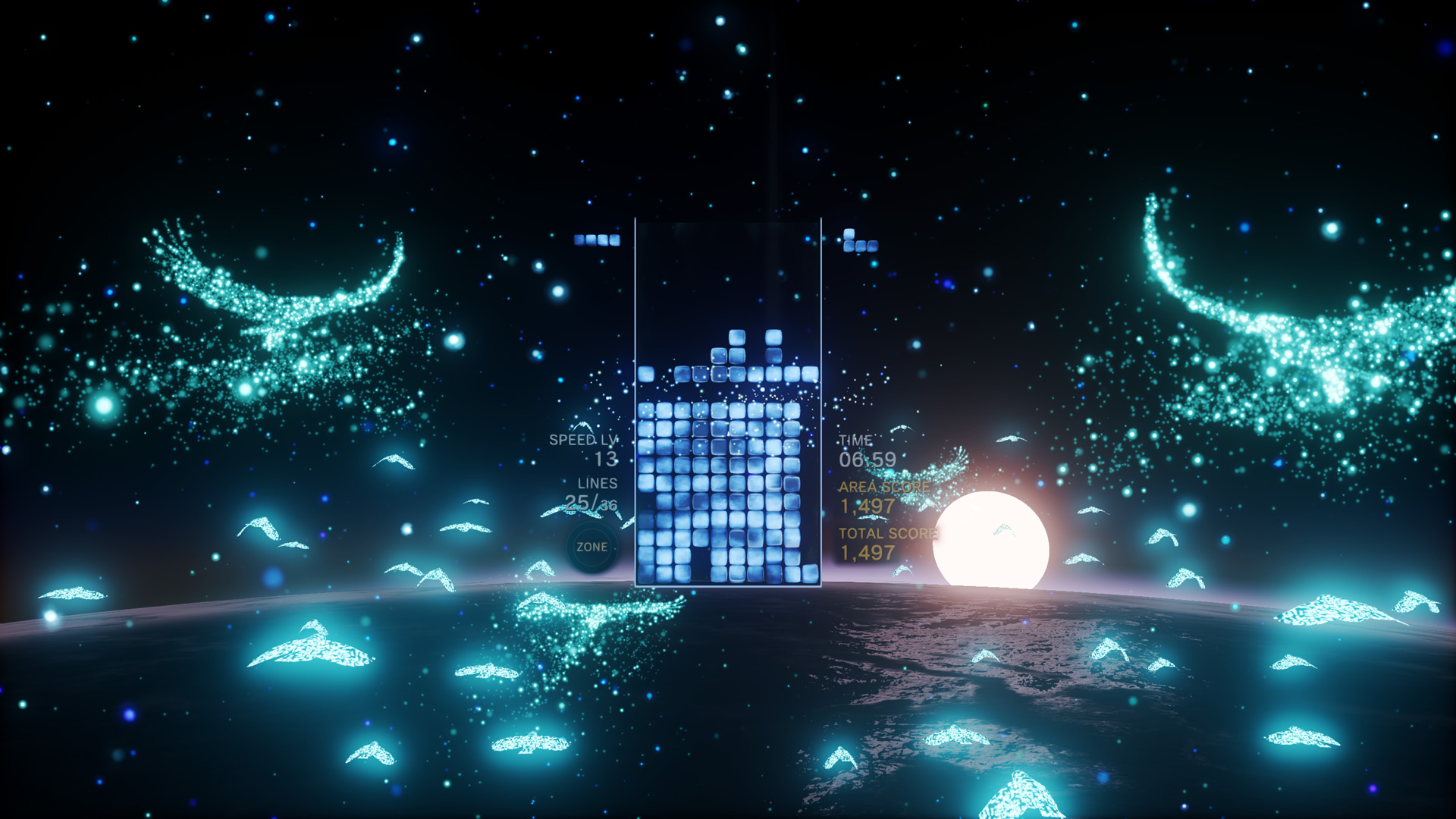 It was last year when we were kind of taken off guard by the release of Tetris Effect. The game fused classic Tetris play with sensational sound and visuals for an unforgettable experience. The game recently found its way to the Xbox console family with a new multiplayer mode in tow, which we were pretty big fans of. Now it seems the man behind it is already working on his next project.

Tetsuya Mizuguchi took to his official Twitter to confirm he had moved to his next adventure. Besides Tetris Effect, Mizuguchi was also behind Rez and Child of Eden, two original IPs with a similar feel to them. This next game will also play with the concept of synesthesia, which is all about mixing together different sensations like sight and sound for unique experiences. Enhance studio is working on another game called Humanity that was announced last year, but it doesn’t seem as if that project is related to Mizuguchi’s next.

Tetris Effect: Connected is available now on Xbox Series X/S, Xbox One and PC. The base game without the Connected multiplayer content is also available on PS4 with that material planned to come there at some point in the future.

Thanks to everyone who played Rez, Child of Eden and Rez Infinite. I and @enhance_exp is moving forward to the new project – totally new adventure with synesthesia.