Neon Giant co-founder Arcade Berg talks over the first 1.5 hours of the action RPG and discusses attributes, loot and combat. 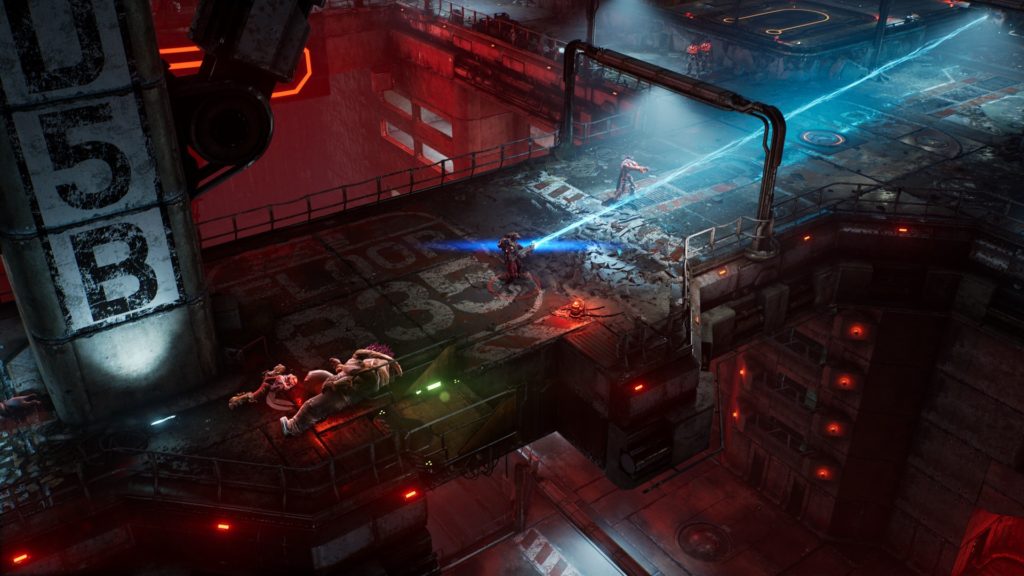 With The Ascent coming to Xbox platforms and PC next month, it’s a good time to learn more about what it has to offer. As an isometric action RPG, there’s a lot of shooting but also plenty of tactical decision-making required. In a new 12-minute gameplay walkthrough, Neon Giant co-founder Arcade Berg talks about the first 1.5 hours of the game. Check it out below courtesy of IGN.

The story starts out simply enough – you’re sent down into the maintenance shaft to fix a broken machine. Equipped with a basic pistol, you slowly work your way up to better weapons and abilities. As the player emerges on the street, highlighting the scale and sense of verticality in the world (which aims to be much bigger than the immediate surrounding area), it’s clear that something big has happened. This seemingly set up the journey to learn more about The Ascent Group’s collapse.

Moving forward in time a bit more, Berg showcases more advanced weapons and how enemies will react to the player. Not all foes will attack on sight – they’ll threaten you and relax if you back off. Civilians will also run away when combat breaks out. Taking cover is vital in many instances though it’s not immediately clear what constitutes cover. Also, enemies can appear from many different places so you’ll have to reposition whenever necessary. Fortunately, you can use the Cyberdeck to highlight all foes in an area, offering a better idea of certain situations before beginning combat.

Loot can be found in the world, by defeating enemies or trading. All armor and weapons is handcrafted with a specific reason for their existence in the world. Tactical abilities like grenades are also filled up by dealing damage to enemies and you can find different grenade types. Leveling up provides a set of skill points that can be allocated to unlock abilities. Allocating these also increases an attribute which the abilities scale off. This makes the difference between firing three or 18 spray missiles. One such ability that was showcased was an energy blast which disintegrates a foe.

The Ascent releases on July 29th for Xbox One, Xbox Series X/S and PC. It will launch day one on Xbox Game Pass.