The Behemoth’s Pit People Now Available on Steam, Xbox One 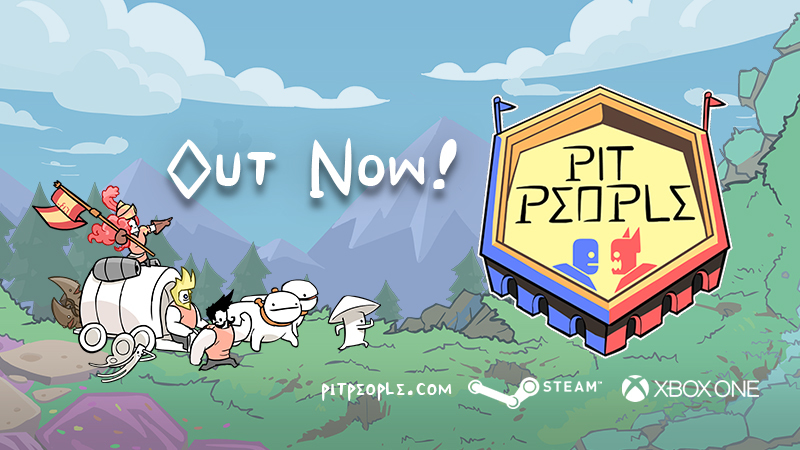 Castle Crashers and Battleblock Theater developer The Behemoth has finally released its newest, weird game Pit People for Xbox One and PC via Steam. Having spent a little over 400 days in Early Access, the turn-based/tactical strategy title caught players’ attention with its combination of solid turn-based combat, exploration and bizarre themes.

Let’s start with the story. A giant space bear is reigning havoc down on a peaceful planet, including tormenting our hero Horatio. When Horatio’s son is presumably killed by the space bear, he undertakes a journey of revenge, meeting allies like Pipistrella and growing in strength. There are also certain aspects like a bizarre giraffe that hands out tool-tips, strange buff warriors in a space shuttle, Death himself and much more to contend with.

The full release of Pit People features over 100 missions and quests, 200 regions to explore, over 1500 items to unlock, 2 player local and online co-op and much more. There are also Insane and Permadeath Modes for players who truly want to feel challenged. Check out some of the changelog notes below.

For early access players, the full release is also known as Update 6. The changelist below covers all of the improvements and additions since Update 5 and the Update 5a hotfix.

*Spoiler Alert*
Some listed changes may include info from quests that newer players haven’t experienced yet. Read at your own discretion!

If the Spidaur has not moved from the current location, then the rider will will see a potential destination, but when they add the move order they will see a conflict footprint until the spidaur is moved to another location.

Fighters riding Gnomes or powering Battle Cannons must still move from their current location in order to dismount.