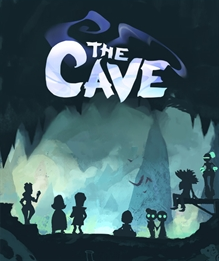 The premise of the story is that you get to pick three characters from seven available to descend into a cave. The game’s title and content are in harmony with each other.

It was released on PS3, Xbox 360, Steam, Linux, Mac OS X on their online stores, and Double Fine also released the game on the Wii U.

The game requires co-ordination to complete and is puzzle based. Each character has unique abilities and the game is said to require multiplle playthroughs to complete. PSN and Steam charges for the game were  $14.99/€12.99/£9.99 with Xbox Live Arcade charging 1200 Microsoft Points.

It was released in January 2013. The cave contains a lot of different locations for the player to explore. The game sets a very interesting mood with its graphics – one that is both serene yet disturbing. [reference]

The game is designed with a very unique artstyle in mind, and the story is also quite different with a talking cave that holds a lot of secrets. Ron Gilbert has revealed a lot of things in a Q&A with fans which was held by Sega.

The story is about a sentient talking cave that draws people to it so they can enter and hopefully discover something about themselves. Of course, we should all be careful what we ask about ourselves,” he revealed.

He also said that there’s a thing that separates the game from his previous one that he released some time ago called Maniac Mansion: “One nice thing The Cave does that Maniac Mansion didn’t is co-op.”

He revealed that they didn’t go with realism but the game isn’t too cartoony either. He also spoke about the art-style as being “not too cartoony. We didn’t want to go with realism because that brings with it a lot of problems (having to make all the animations realistic) with it, plus it’s just not as interesting as being about the have some fun with the style.

We also wanted a style that really allow the fun animations of the characters to come out. The seven characters you play with don’t ever talk, so relied on the animators to bring out their personality, and having a fun art style really helps.” [reference] 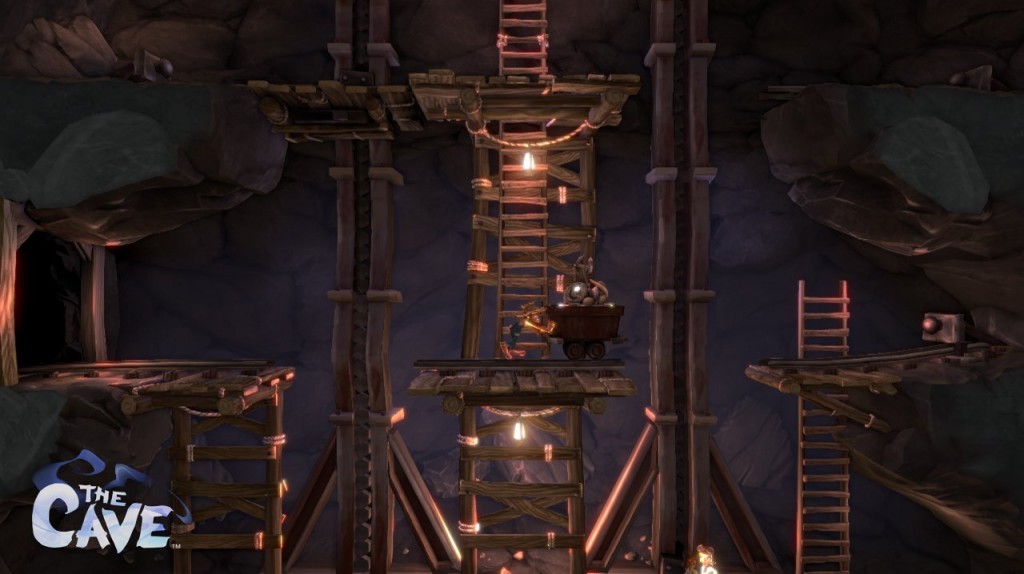 The game does not have an inventory system and Gilbert revealed why that is the case.

“That was a very challenging part of the design,” he said. “I think if there was any one ‘most challenging’ part to making this it would be designing a classical adventure game with no inventory.

“It was one of the core tenets of this design, and we were stuck with that.” [reference] 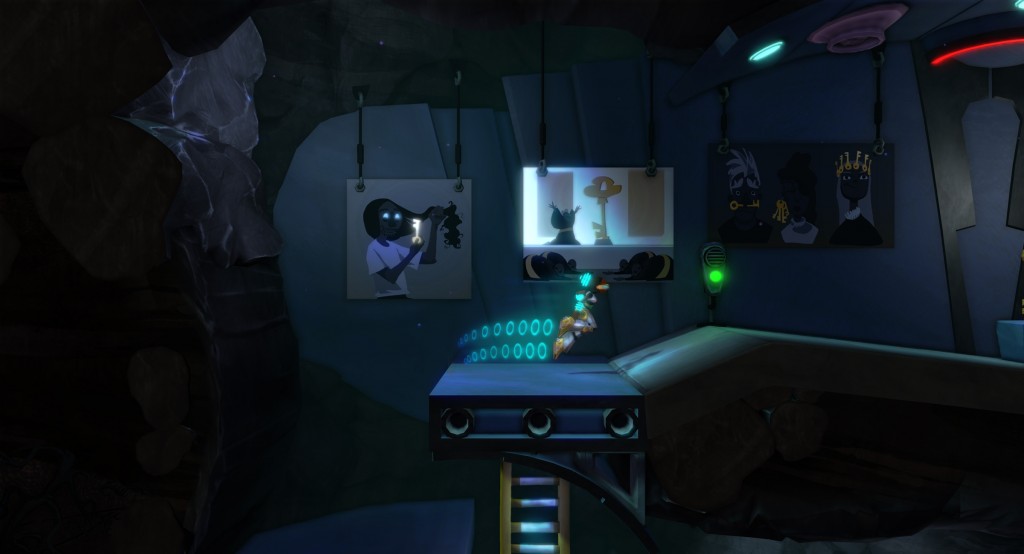 The game will have replayable value and players can expect some unique gameplay he revealed: “The changes are quite significant, it’s not like you play it again and 95 per cent is the same. You’ll get into completely different areas and entire groups of puzzles that are different.

“Once you get into the Knight’s area there’s an entire medieval castle with catacombs and a dragon – they’re quite big. It’s not just one little drawbridge with a puzzle.” [reference]

As the player controls the trio to explore the Cave, they collect objects and interact with the environment in a manner similar to an adventure game.

The game is presented and based on a 2.5D gameplay mechanic, but relies on 3D graphics. This helps to lend a sense of depth to the overall exploration.

Exploration is described as being “Metroidvania”-like, where more of the Cave’s tunnels and chambers become accessible as players collect objects in a manner similar to Metroid or Castlevania.

You can switch between the 3 characters, in cooperation with each other, and solve physical and adventure puzzles as you learn the truth behind why they are here. You can also share the cave exploring adventure with friends in local co-op.

The Cave is a new adventure game from Monkey Island and Maniac Mansion creator Ron Gilbert, and Double Fine Productions, the award-winning studio behind Psychonauts and Brütal Legend.

Assemble your team of three from seven unlikely adventurers, each with their own unique personalities and stories, then descend into the mysterious depths to explore locations including a subterranean amusement park and a medieval castle, not to mention a fully armed and ready-to-launch nuclear tipped ICBM. The Cave awaits.

Double Fine revealed the various characters you can choose in the game in a new trailer which you can check out below.

The Hillbilly, The Scientist, The Monk and The Twins, each with their own seemingly different abilities and segments.

The game sets a very interesting mood with its graphics – one that is both serene yet disturbing.

The player will need to work with all three characters, switching between them typically to activate multiple parts of a puzzle.

Each character has a unique ability to aid in maneuvering the cave tunnels, leaving some areas inaccessible if the appropriate characters aren’t chosen at the start.