Read our final verdict on Ubisoft’s latest MMO racer across all four platforms.

Ivory Tower is a French studio which primarily consists of developers who have previously worked on racing games such as Need for Speed and Test Drive Unlimited. So there is no doubt that the French team is well versed with racing games development. The Crew is Ivory Tower’s first title, so it’s not really a big surprise that people have a lot of expectations from it.

In order to release a polish product, Ubisoft conducted multiple beta tests and even delayed the game to December so that players don’t face any issues similar to Assassin’s Creed Unity. And for the most part, this strategy seems to have worked, as we found The Crew to be well optimized on almost all platforms the title released on.

As we mentioned in our initial analysis, The Crew is not a game that will be remembered for setting new visual benchmarks. So comparing it to the likes of Project CARS, Forza Horizon 2 or even DriveClub will be unfair. The Crew is set across a massive open world due to which Ivory Tower has compromised a number of technical details, especially on consoles. As we understand, the primary focus of The Crew is to deliver high quality gameplay via long and dynamic races, skill sets and an extremely in-depth perks and customization system. 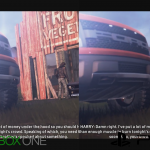 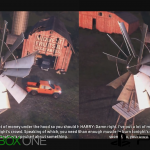 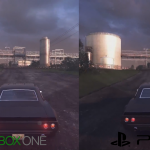 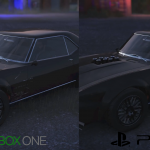 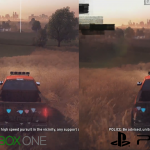 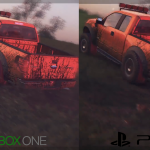 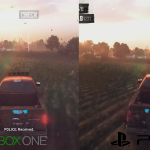 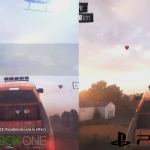 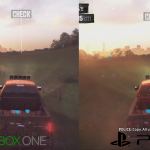 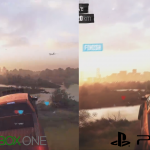 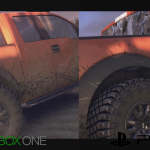 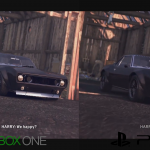 The Crew on the PlayStation 4 and Xbox One are extremely identical to each other. We played the game for several hours across both the versions and we rarely came across a situation where either version will drop frames, even in intense scenarios. The game has no apparent stuttering or screen tearing issues either so the performance issues that we found in other Ubisoft’s titles like Assassin’s Creed Unity are almost non-existent. Both versions run at 1080p resolution with a locked 30 frames per second.

However the stability in performance comes at a cost. The Crew uses a custom post processing anti-aliasing solution. However it does not come close to the FXAA implementation in Assassin’s Creed Unity or HRAA in Far Cry 4. Why Ivory Tower went for a less expensive AA solution is beyond us since both consoles are capable of implementing MSAA. Both the console versions lack quality shadows and use low resolution textures for rocks, tracks and monuments across the game’s world. Of course, you won’t notice it when you are on the move but it’s hard to ignore them when you are stationary.

Other world details such as foliage, physics effects and damage simulation all seems to be consistent across both the platforms. As noted in our initial analysis, depth of field seems to be more prominent on the PlayStation 4 version. Although not an advantage over the Xbox One version, we can understand that certain players will appreciate the added effect on the PS4 version. We must also add that both versions seem to be using SSAO as their ambient occlusion solution but their implementation is a bit different. The shadows and the overall image quality seems to be much softer in tone on the PlayStation 4.

We also wanted to add some quick words about the Xbox 360 version before we head into analyzing the PC version. As expected the Xbox 360 version is not able to hold up that well against the current generation consoles. The LOD transitions are much more slower and we witnessed several scenes where frames would drop along with screen tearing. We are not sure what AA solution Ubisoft are using here, but the presence of jaggies in several situations have baffled us. 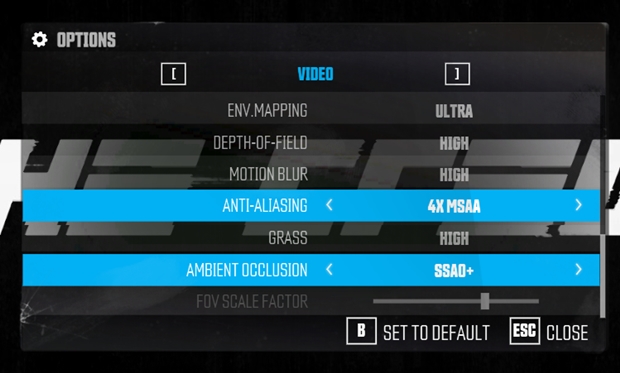 Despite The Crew shortcomings on consoles, its vision is best realized on a PC. The beta on PC was locked at 30 frames per second and as promised Ivory Tower have removed the 30 frames per second in the final version, and the difference is rather substantial when one compares it to consoles. We tested the PC version across a few builds than usual: AMD 8350 4.0 GHZ CPU and R 290 GPU/HD 7850| GTX 780/GTX 750 Ti and Intel I7 4930K couple with 16GB RAM. We are pleased to report that we were able to reach 1080p and 60 frames per second with all settings dialled up on R 290 and GTX 780. However if you have access to GTX 750 Ti or HD 7850, you should be able to reach a stable 30 frames per second.

Regarding scalability, Ivory Tower seems to have done a great job here with a decent variety of options to play with. AMD cards are stuck with SSAO to 4XMSAA whereas Nvidia users can dial it up all the way to HBAO+ and TXAA. Another point to be noted is that The Crew seems to be a GPU bound game, so gaming PCs with slightly weaker CPUs should be able to get away with minimum performance hits.

As you must have probably concluded by now, the PC version of The Crew is the optimum version to play should you have a decent set up. The expensive anti-aliasing and the better image quality and LOD even on lesser enthusiasts cards easily gives the edge to the PC version. If you play games on current generation consoles, we would recommend the PS4 version. Performance wise both are extremely similar but the PS4 version has softer shadows and image quality with prominent depth of field, giving it a minor advantage over the Xbox One version.