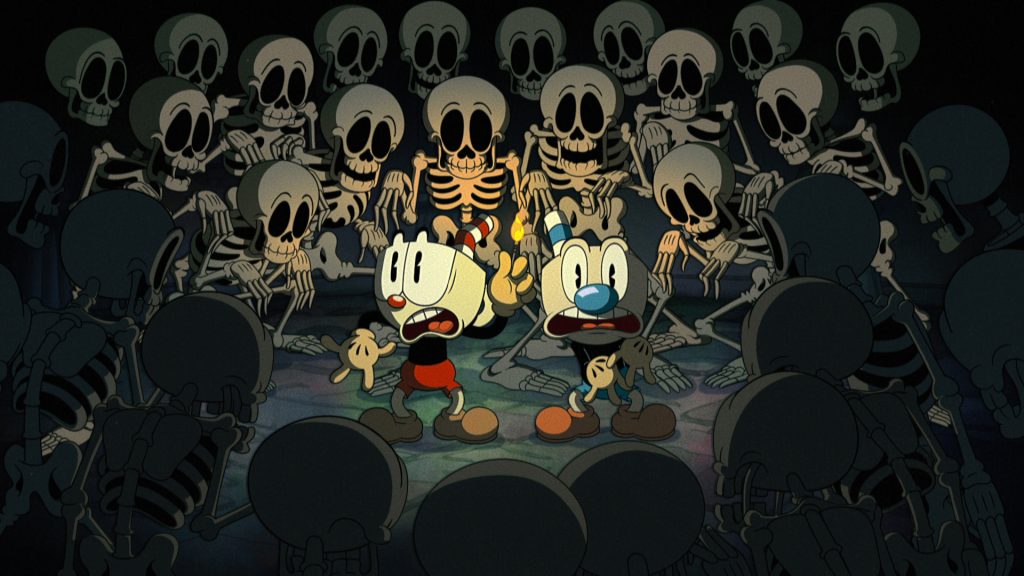 Announced back in 2019, Netflix has confirmed that The Cuphead Show! will premiere on February 18th. Based on Studio MDHR’s run and gun platformer, it features Cuphead and Mugman as they delve into all kinds of misadventures. Check out the first trailer below – the animation and atmosphere are incredibly on point.

The story sees the brothers venturing the Inkwell Isles in search of fun. Unfortunately, The Devil appears and looks set to steal their souls (with the overall narrative seeming to differ heavily from the base). Even Miss Chalice makes an appearance and has a much larger role.