Regional timings for when the beta goes live have also been revealed.

Tom Clancy’s The Division 2 will be receiving a private beta next week for those who pre-ordered or registered. The beta will begin on February 7th, 1 AM PT, and end on February 11th at the same time. However, those who want to pre-load the beta can do so on February 6th at 1 AM PT. For more information on when the beta goes live in your region, see the image below.

More information was also revealed on Reddit about the beta’s content. Along with two main missions – Grand Washington Hotel and Jefferson Trade Center – players will have access to five additional side missions. Control Points and activities will also be available, along with Dark Zone East and Skirmish PvP. Players will also have a chance to set up and upgrade a civilian settlement.

In an interesting twist, players can also experience some of the end-game content starting from February 8th, 8 AM PT, with an Invaded mission and three Specializations available. The Division 2 is out on March 15th for Xbox One, PS4, and PC. Stay tuned for more information on the beta in the coming days. 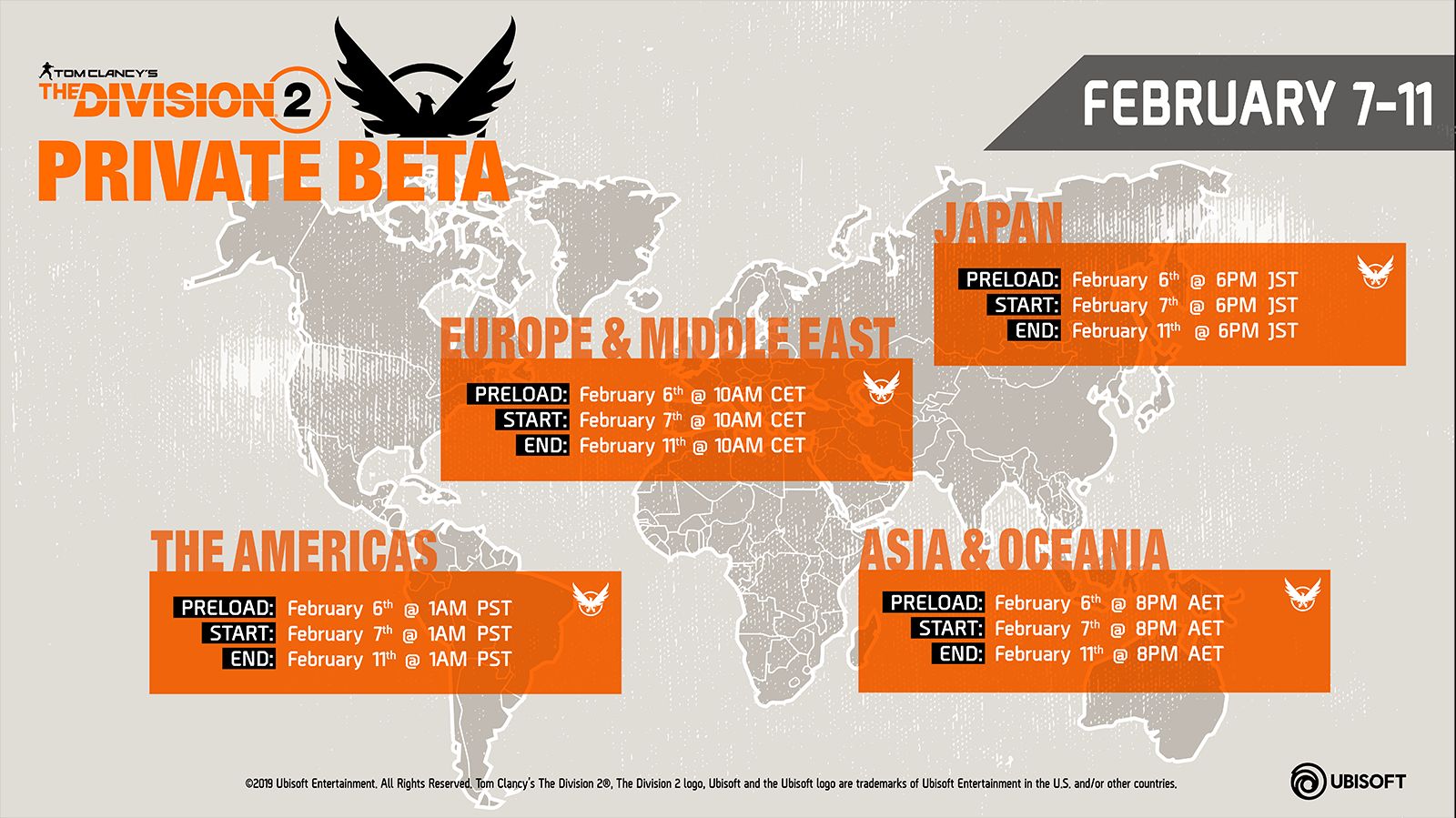 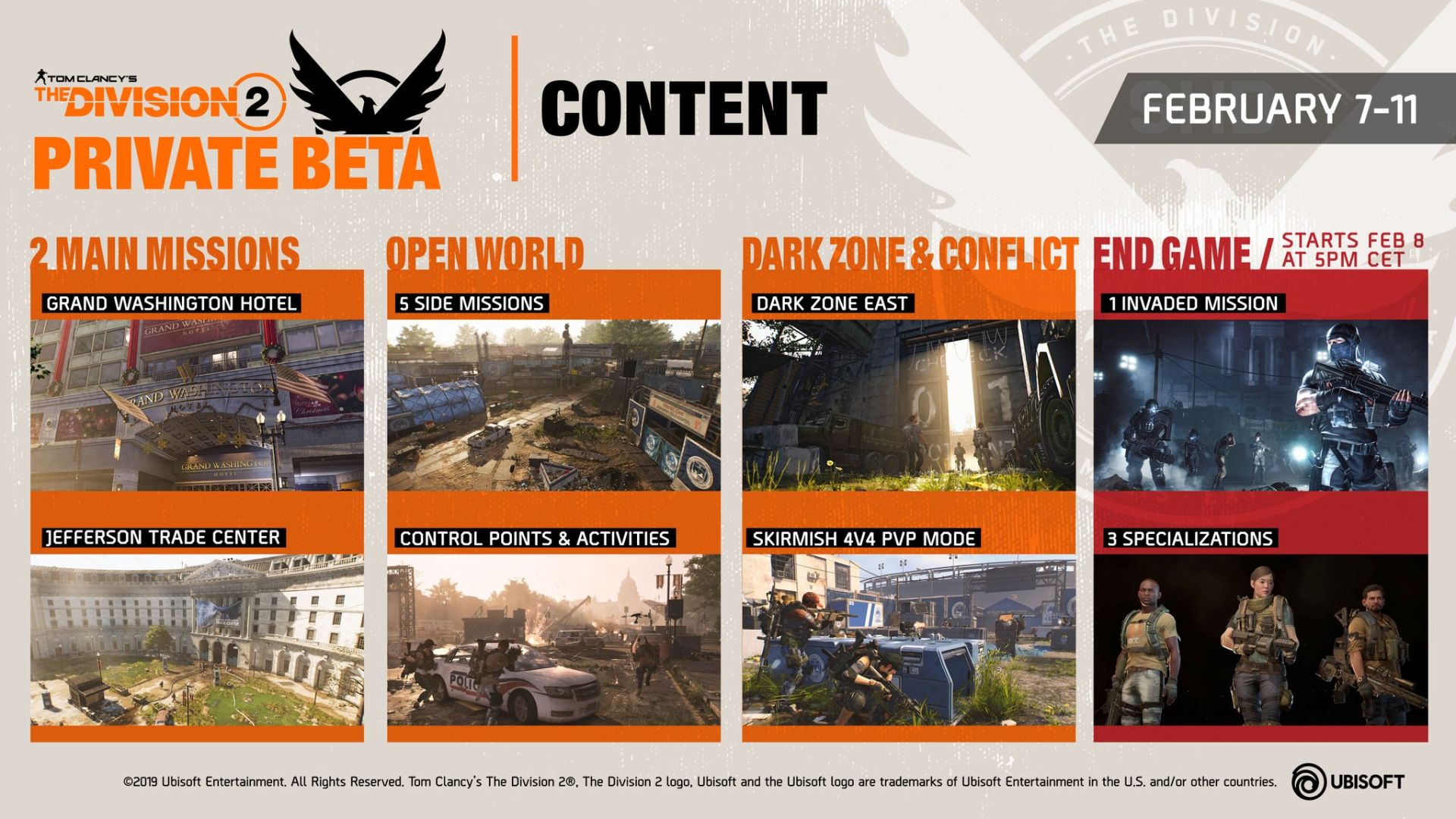