An all star cast from Ubisoft Massive speaks to GamingBolt about their upcoming tactical third person shooter.

Ubisoft must be praised for taking market risks with new IPs. Ever since the advent of current generation of consoles, Ubsioft have been consistently experimenting with new IPs like Watch_Dogs and The Crew, and at the same time releasing established franchises like Assassin’s Creed. Tom Clancy’s The Division, which is due for a release in 2015, is possibly Ubisoft’s biggest game ever in terms of innovation and bringing something new to the table.

In order to know more, GamingBolt caught up with an all star cast from Ubisoft Massive which included Anders Holmquist who is the the Technical Director, Axel Rydby, the Design Director and Martin Hultberg, Head of Communications & IP Developer. Check out their response below.

Rashid Sayed: Tom Clancy’s The Division is inspired by real world events like Operation Dark Winter and Directive 51. How much of a challenge it was to depict that in a video game?

Martin Hultberg: One of the things that really set us apart from most other games is that you are in the middle of the ongoing, authentic crisis. This presents very interesting challenges related to nearly all topics of game development such as level design, art, realization and the features you put into the game. The information we got from Operation Dark Winter, Directive 51 and multiple sources of a similar nature helped us create an inspirational and solid framework within which to tackle these different challenges.

Rashid Sayed: Given that the story undertakes serious tones; will the single player have decision taking moments which could define the final outcome of the game?

Axel Rydby: We’re attempting to do what we feel are quite new and unique things with our narrative and how the story in the game’s told and how the game’s structured, so we really don’t want to spoil you on details on this just yet. The player will have many moments where he needs to make snap decisions on how to deal with the situation, but this of course needs to be very finely balanced with how it works playing in a group with friends. 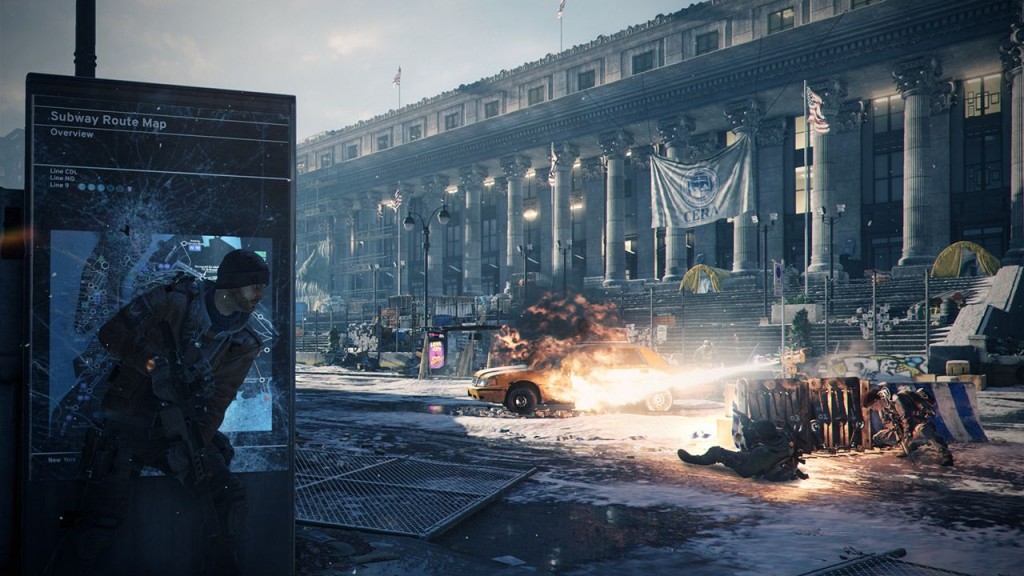 "The skills are a core component of the agent’s toolbox and one important factor in how the player defines his or her role in the game. One thing we’ll be talking more about in the future is the skill modding and this is something that further allows the player to define and refine his or her play style.

Rashid Sayed: The game describes itself as a RPG at its core. With that being said, what kind of skills and talents can the player expect in the game?

Axel Rydby: We’re focusing a lot of effort on making sure to empower the player through our RPG systems, which is why we decided to go with a classless approach. There will be very clear play styles that the player can pursue in different ways, but it’s up to the player to decide how to progress his character and which play style to play at any given moment. The skills and talents are built to support this and you’ve already seen several skills in our E3 demos.

The skills are a core component of the agent’s toolbox and one important factor in how the player defines his or her role in the game. One thing we’ll be talking more about in the future is the skill modding and this is something that further allows the player to define and refine his or her play style. Each skill has a tree with skill mods that both boost the core mechanics of the skill (like damage, health, etc.) but there are also mods that completely change the nature of the skill (turning the Turret into a flamethrower for example).

Skills like the Turret and Seeker Mine are more offensive and DPS focused skills, but there’s also skills like the Pulse that is much more tactical in nature. The talents support and complement the skills and the player’s play style, and we’re going for a wide spread in both to let players define how they want to play the game and come up with original combinations that not even we could think of!

Rashid Sayed: The game has immense depth in terms of weapon, armour and gadget customization which could not be explained via this interview. But from a top level, what can you tell us about them?

Martin Hultberg: Tom Clancy books, movies and games have always featured top of the line hardware. Even the early books featured equipment that was just conceptual or experimental at the time. In light of this, we thought long and hard about the weapons and gadgets we included in the game. We needed tools that could help with creating fun gameplay, so that was key when considering what items to feature. You can expect to see some old friends in the arsenal and also make acquaintance with gear not yet in the field. 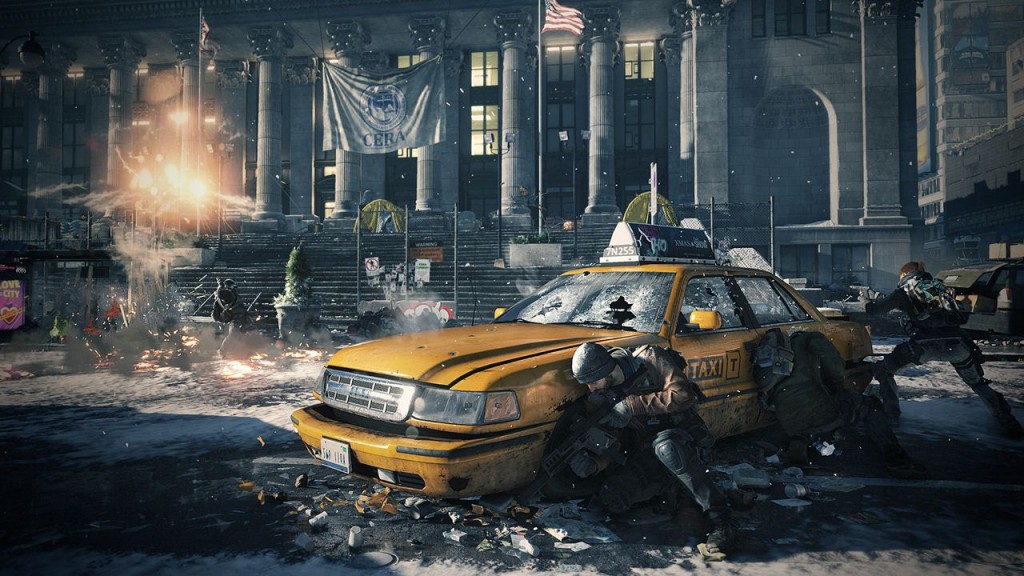 "Each weapon has various customization slots that allow the player to change the nature of the weapon in different ways. Adding a new scope increases both the more soft values of a gun but also adds more hard values in terms of stats .

Axel Rydby: Each weapon has various customization slots that allow the player to change the nature of the weapon in different ways. Adding a new scope increases both the more soft values of a gun (like the crosshair, how much you can zoom, etc.) but also adds more hard values in terms of stats (like increased crit chance and damage). Gear can be customized in a similar way, both from a visual perspective and from a gameplay & stats perspective.

If skills and talents are two of the core components in the agent’s toolbox, the weapons and the gear are the other two. It’s all built to complement and synergize with each other, which means that a gear piece will have stats that boost a specific talent, which in turn could boost a skill which go really well with a specific type of weapon. Add all the different customization layers on top of that and I think you have a lot of tools to really define how you want to play the Division.

Rashid Sayed: The Division has a dynamic weather system. I am wondering whether you guys are planning to make that affect the gameplay. One such example is SOE’s upcoming MMO H1Z1 which uses rain as a dynamic element to affect gameplay. Thoughts?

Axel Rydby: Weather impacts your gameplay in different ways, andwe want to empower the player to feel smart in reacting to the weather changing. For example, what if there’s a snowstorm and you can’t see more than 10 feet ahead of you? Well then it might be a good idea to switch out one of your skills to the pulse so enemies won’t sneak up on you and equip a more close quarter weapon like a shotgun or SMG.

Rashid Sayed: The game is already confirmed to be running at 1080p and 30fps on both the PS4 and Xbox One. Were you guys at any time pushing for 60fps? And was there a specific reason why you settled for 30 in the end?

Anders Holmquist: At this point we have no further information to share, but please stay tuned for more updates. 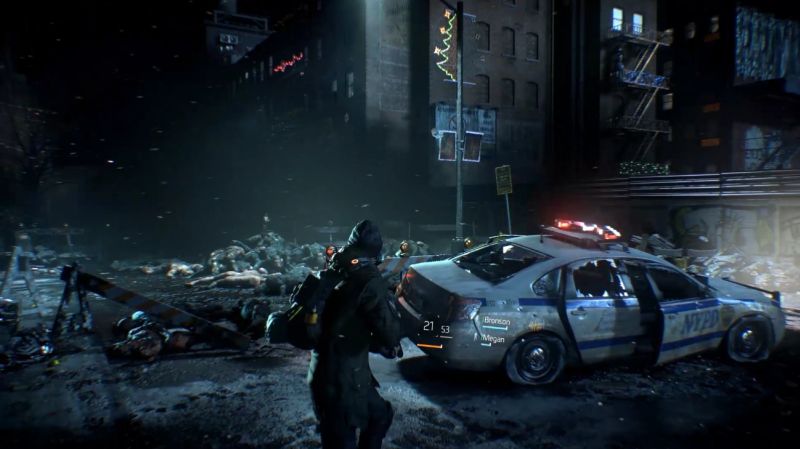 "DirectX 12 brings PC and Xbox development closer, which makes development easier and faster, allowing us to focus more on features.

Anders Holmquist: Indeed the PC version is not a port so it gets just as much love as the consoles, and we will create a great experience on all platforms.

Rashid Sayed: The lighting and Anti-Aliasing looks absolutely wonderful. Can you tell us about what custom AA solution are you using for the PS4 and Xbox One versions of the game?

Anders Holmquist: We use a screen-space anti-aliasing technique with custom in-house additions. We’re also continually looking at improving what we have.

Rashid Sayed: Since you guys have your roots in PC gaming, I wanted to ask your thoughts about DirectX 12? Do you think it will bring a massive change for PC and Xbox One games development?

Anders Holmquist: DirectX 12 brings PC and Xbox development closer, which makes development easier and faster, allowing us to focus more on features. It also lets us work closer to “the metal”, the actual hardware, which means we can push performance and visual quality even more.