Assist some Redguard agents in locating their companion, restore a Dwarven lair by creating automatons, and much more. 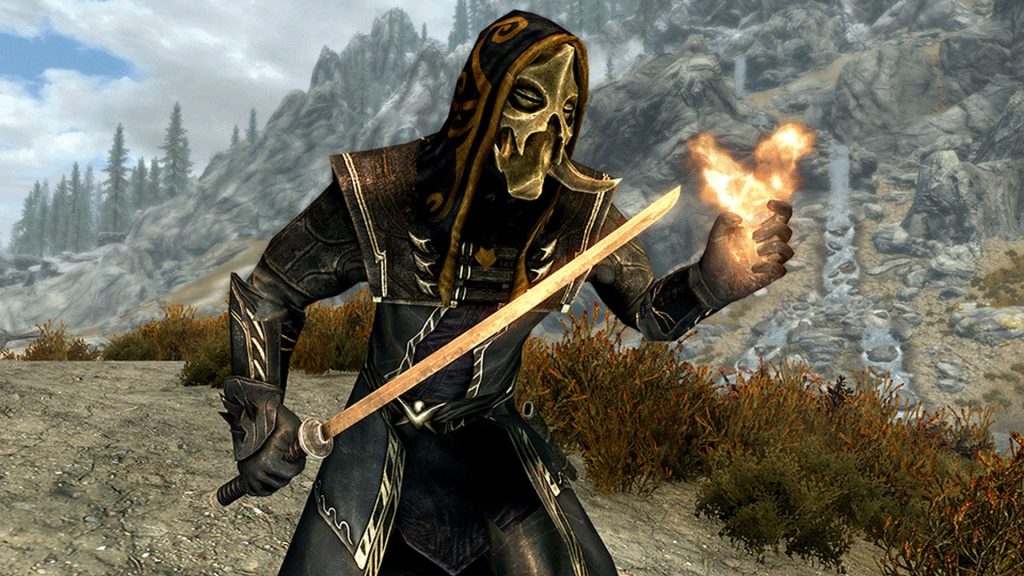 The Elder Scrolls 5: Skyrim Anniversary Edition lands on consoles and PC next week, packaging the Special Edition and its expansions along with a boat-load of Creations. In a recent preview article, Bethesda outlined six different Creations that players can look forward to. The first is Redguard Elite Armaments where the Dragonborn must help some Redguard agents help recover their ally and awards a new set of light armor, two weapons and the Boneshaver sword.

Next up is the addition of seven staves from The Elder Scrolls 3: Morrowind, and players can either buy them with enchantments and craft their own on to one. Then there’s Nchuanthumz: Dwarven Home which involves creating automatons to restore a Dwarven lair. The fourth Creation is the addition of Goldbrand, a Legendary katana that can be found in an ancient tomb.

Next up is Farming which involves building and maintaining a farmstead in Whiterun. Along with customizing the stables, pens and windmills, players can grow crops and take a commercial route with its products. Finally, there’s Bittercup, which involves a series of questions in Falkreath’s forests.

The Elder Scrolls 5: Skyrim Anniversary Edition is out on November 11th for Xbox Series X/S, Xbox One, PS4, PS5 and PC. Stay tuned for more details on other Creations.