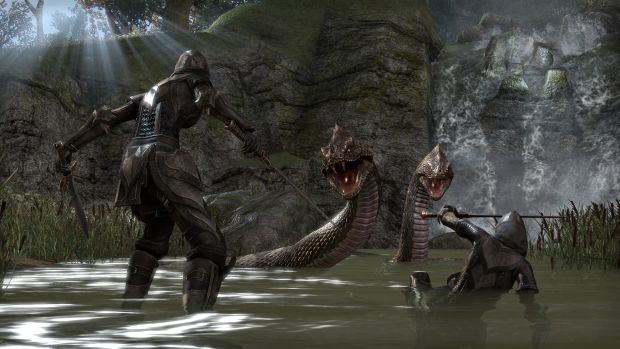 CD Projekt RED has had an incredible run with The Witcher 3: Wild Hunt since its launch in May but it’s recently been shoved off the top-selling spot in the UK game charts courtesy of The Elder Scrolls Online: Tamriel Unlimited. This is according to the latest information courtesy of Gfk Chart-Track.

It’s interesting when you consider the critical reception the game received when it first launched, but The Elder Scrolls Online has become the third game this year to break 100,000 units sold in its first week alongside Battlefield: Hardline and The Witcher 3. LEGO Jurassic World is in second place, seeing a strong debut after the launch of the recent Jurassic World film while The Witcher 3 is in third place.

Another new entry for fourth place is Payday 2: Crimewave Edition, a port of the original game for the Xbox One and PS4. This was followed by Grand Theft Auto 5, FIFA 15, Call of Duty: Advanced Warfare, Splatoon, Battlefield Hardline and Farming Simulator 15.