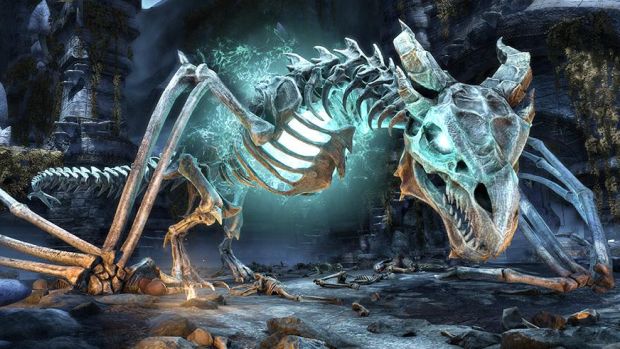 ZeniMax Online Studios’ The Elder Scrolls Online has finally received the Dragon Bones DLC pack on Xbox One and PS4, joining the PC version which launched on February 12th. Players can expect two brand new dungeons – Scalecaller Peak, which is occupied by Cultists, and Fang Lair, home to several Necromancers. You can expect to fight an undead Dragon at some point as well.

Dragon Bones is available to ESO Plus players immediately. Others can pay 1500 Crowns via the in-game story or drop £9/$15 on the same. In addition to the DLC, there are numerous free updates for players as well. Update 17 brings a transmogrification system for changing the look of your armour and weapons by spending gold.

You can also have storage containers at home to store bankable items. You might level a character to level 18 though. Additional storage containers will be provided by vendors. Finally, there’s a “Skills Advisor” tool that should provide some information on which skills to go for. If you own the Morrowind DLC, then two new PvP battlegrounds are available with Mor Khazgur and Deeping Drome.