The Evil Within: Could it be Gaming’s “The Evil Dead”?

Pop quiz question: What do you get when you combine Shinji Mikami, the man who brought us Resident Evil – the game that went on to define survival horror – with id Software’s new id Tech Engine 5 (and remember there was a time when the developer was unbeaten when it came to graphics engine) and Elder Scrolls developer Bethesda Softworks’s backing?

You get a horror game full of psychological-bending, monstrous scenarios and vicious demons gnawing in a world without rhyme or reason. In short, you return the man who defined and re-defined horror, and give him a new set of tools to play with. 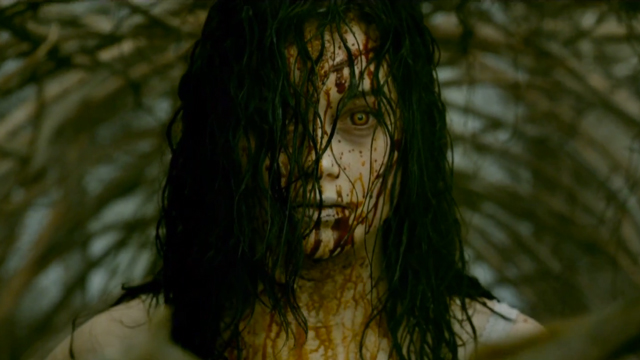 In many ways, The Evil Within reminds me of the recent The Evil Dead remake – and no, not just in the naming. Put aside the fact that the original was (and continues to be) better.

The Evil Dead looked at the demonic mythos defining the original, decided “to hell with it” and proceeded to deliver some of the most disturbing, bloody, horrific and vicious scenarios imaginable (two words: snake tongue). Keep in mind that these were all present in the original – they were just dialed up significantly for the remake.

The Evil Within isn’t attempting to harness Mikami’s old ideas for the sake of karma. It looks vicious and unapologetic, much like his recent titles. You have a gun but it might as well be a toothbrush for all the good it will do in the long run. However, the focus of the game doesn’t seem to be on the fact that you have to battle out of strange world and seemingly rescue your partner.

Like The Evil Dead, it’s seemingly about confronting your own demons. It would be fitting if the game was just a set up to showcase the protagonist Sebastian’s slow descent into madness, culminating in a bloody finale where he is revealed to be the prime culprit involved in his partner’s death. But that would be too easy – The Evil Dead was about fighting your own demons, but it was also about embracing yourself. This involved coming to terms with the dark side within us all, and then fighting against that darkness as it seemingly infected everything around us. Without remorse or fear. And with lots of chainsawing. It’ll be interesting if The Evil Within can capture that same dynamic.

Part of The Evil Dead’s appeal was the isolated cabin in the woods that felt like a world of its own. Mikami’s has that part down to pat – the de-emphasis on your character’s power also holds significance. Now if only the director will dig into his bag of tricks and cook up some disturbing ideas to emphasize the fight for survival.

Will this work out for the game in the long run? It’s no secret that some of Mikami’s games like Vanquish and Viewtiful Joe haven’t exactly set the charts on fire.

However, that hasn’t dulled the man’s enthusiasm, and in today’s world of endless ammunition, multitudes of combat moves, mindless set pieces and seemingly torturous campaigns (essentially Resident Evil 6), the world could use a good ol’ fashioned spell of psychological, ultra violence.