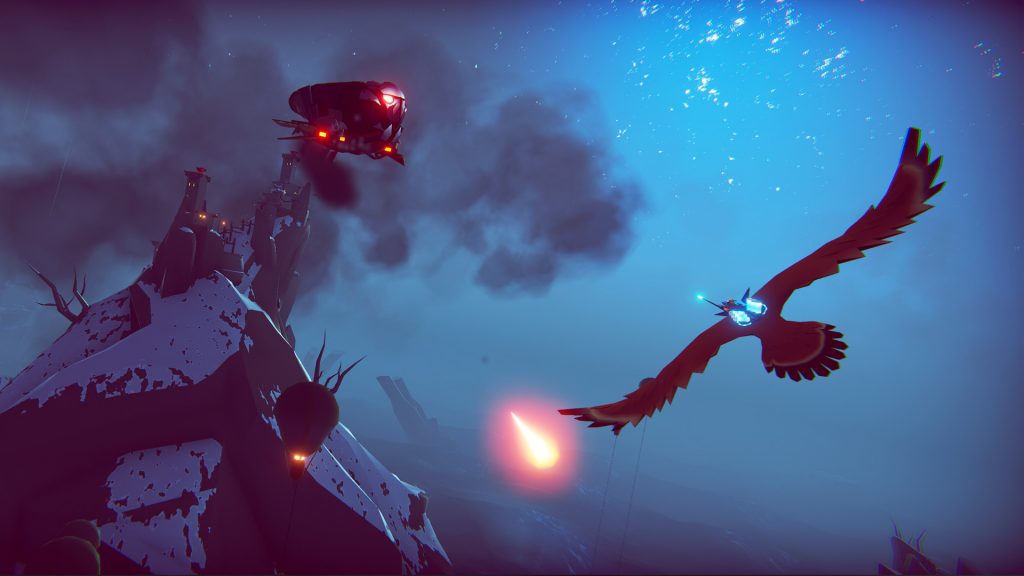 Tomas Sala’s fight combat game The Falcooner was an Xbox console exclusive when it came out, launching on both active generations of the ecosystem alongside the Xbox Series X/S, but its timed exclusivity is soon coming to an end. In a few weeks, the game will be launching for PlayStation and Switch as well- but what exactly can players expect from it in terms of resolution and framerate where both the PlayStation versions are concerned?

According to Sala, you can essentially expect parity with the Xbox versions. In a recent interview, Sala told us that on the PS5, The Falconeer: Warrior Edition is going to run at 4K and 60 FPS on the PS5, though he adds that that might “get pushed further as new technologies and abilities are unlocked.” On the base PS4, meanwhile, the resolution is going to be a mix of 1080p and 900p upscaled, while on PS4 Pro, that gets kicked up to 1440p.

And what about the Switch? Sala confirms that the game targets 60 FPS on the Switch in both handheld and consoles modes. Details about the resolution aren’t “set in stone yet” though.

“The setup I use to achieve that is to split GUI and 3D world into separate renders,” Sala explained. “The GUI, which is 3D itself (no textures are used in The Falconeer, and that goes for the GUI as well) is rendered at native resolution (so 1080p docked and 720p handheld). And then the 3D world can be rendered at a much lower resolution, while the GUI remains readable and crisp, with a decent anti-aliasing solution thrown in.”

As such, currently, Sala said that when the Switch is docked, the game’s 3D world is rendered at a 720p, or at 450p when playing in handheld mode, which “gets up sampled and anti-aliased.”

He added: “For me, a 60 FPS target is more important than resolution at all times, and this combination seems to hold up well so far.”

The Falconeer: Warrior Edition is going to launch for PS5, PS4, and Nintendo Switch on August 5. Our full interview with Sala will be live soon, so stay tuned for that.