The Great Ace Attorney Chronicles Review – I am Herlocked

Ace Attorney fans have been waiting for this duology for a long time, but now that it's finally here, it can be safely said that it was well worth the wait.

There’s a large contingent of people who absolutely adore the Ace Attorney series, who’ve been avidly following it for years- or at least when Capcom has allowed it. You see, in spite of its dedicated fan following, Ace Attorney remains a niche franchise, all things considered, which means that its games often don’t release in the West until at least a few months after their Japanese releases, while there are even a few instalments that have simply never launched outside of Japan. For a series that doesn’t sell in droves the way something like, say, Resident Evil does, it’s easy to understand why Capcom doesn’t consider it a priority- especially given the monumental effort it must take to localize each of the text-heavy games of the visual novel series.

Of the games that have never released in the West, two are The Great Ace Attorney: Adventures and The Great Ace Attorney 2: Resolve, prequel spinoffs set in Victorian London (and partly in Meiji Period Japan) over a century before the events of the first game in the series. Fans have been clamouring for these games to be localized for years, especially given their fascinating premise, while many have even taken it upon themselves to do the work that Capcom wouldn’t with some pretty thorough (and really good) fan translations. Now, however, years after the original releases of both games, Capcom has brought the pair to Western audiences in a single package, calling it The Great Ace Attorney Chronicles– and happily enough, the duology has turned out to be well worth the wait.

"Years after the original releases of both games, Capcom has brought the pair to Western audiences in a single package, calling it The Great Ace Attorney Chronicles– and happily enough, the duology has turned out to be well worth the wait."

In the Great Ace Attorney games, you play as Ryunosuke Naruhodo in the late 19th century, a fledgling lawyer and an ancestor of Phoenix Wright himself, who travels from Japan to England to hone his skills in the field of law. That period setting is easily one of the biggest strengths of these games. Victorian London is brought to life excellently and serves as a charming and immersive setting, with vibrant art design, a great soundtrack, and lovingly crafted 3D models doing a lot of the heavy lifting. Most importantly though, both games constantly make smart use of the social, technological, and cultural characteristics of the era in consistently interesting ways in the story and the cases.

Things such as gas meters or the beats of Victorian era London cops or the lack of forensic technology are not only emphasized to add greater flavour to the games’ setting and time period, but also serve as crucial elements that entire cases and parts of the story often hinge around. As a result, the Great Ace Attorney games end up crafting an identity of their own that feels very distinct from other games in the series. Ace Attorney fans will, of course, find plenty of familiar stuff in here, from the general mechanics to the gleefully silly humour to the general over-the-top nature of the games, but in leveraging its period setting properly, the duology ends up striking the perfect balance between feeling fresh and familiar.

Unsurprisingly for an Ace Attorney game, the cast of characters here is also absolutely delightful. Creative art design and wonderfully detailed animations for each character, on top of smart writing that is brimming with that trademark Ace Attorney humour, help bring each of them to life in excellent ways, injecting them all with oodles of personality and helping them stand out in memory, no matter how major or minor a role they might play in the story. Ryunosuke Naruhodo is an excellent protagonist, his judicial assistant Susato Mikotoba is a loyal and capable companion, famous real-life Japanese novelist Natsume Soseki is an endearing mess of a person, while prosecutor Barok Van Zieks is a formidable (and appropriately over-the-top) rival for Ryunosuke. 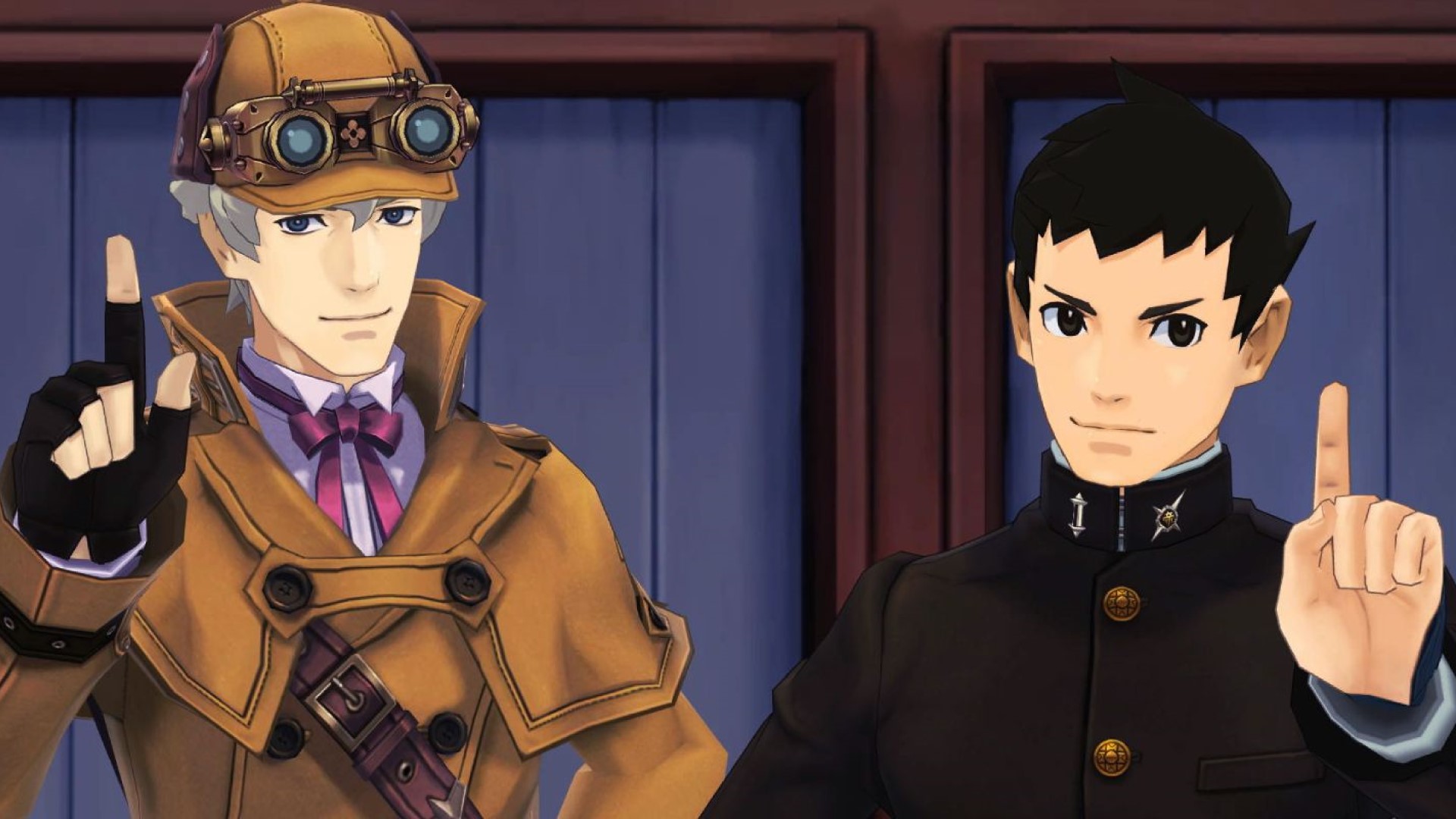 "Unsurprisingly for an Ace Attorney game, the cast of characters here is absolutely delightful."

Best of all is Sherlock Holmes (referred to as Herlock Sholmes here so that Capcom could avoid copyright disputes), who is introduced early on in the first game, and proceeds to dominate every scene he’s in. Holmes (or Sholmes) is depicted quite interestingly here- he retains the cocky, confident, charismatic persona that you’d expect from the character, but quite often, he’s full of hot hair. Watching him make hilariously off-base deductions or bumbling about foolishly with little to no self-awareness (even as others around him continue to be awed by his brilliant deductive powers, which clearly aren’t all that brilliant) is easily one of the highlights of the experience.

One of the central new mechanics that the Great Ace Attorney duology introduces to the series’ formula, in fact, revolves around Sholmes. Every so often during investigations, he makes series of deductions based on his “keen” observations in typical Sherlock Holmes fashion- but many of his observations are misguided, and his deductions, as such, are inaccurate. It falls to you, in these scenarios, to make your own observations and make gentle corrections to Sholmes’ deductions in order to arrive at a more accurate conclusion. These sections aren’t the most challenging (a general lack of challenge is an issue with both games, in fact), but thanks to slick presentation and smart little narrative twists and revelations, they are consistently enjoyable and satisfying.

Beyond Sholmes’ deductions and Ryunosuke’s course corrections following those deductions, The Great Ace Attorney Chronicles adds another interesting element to the series’ formula in the form of juries. We have seen juries in Ace Attorney games before (to some limited extent), but in the Great Ace Attorney games, they’re a much more fundamental part of cases, and directly influence the outcome of trials. Every so often, juries might make decisions that are not in your favour, following which it falls to you to change their minds during summation examinations so the trial can be allowed to continue. 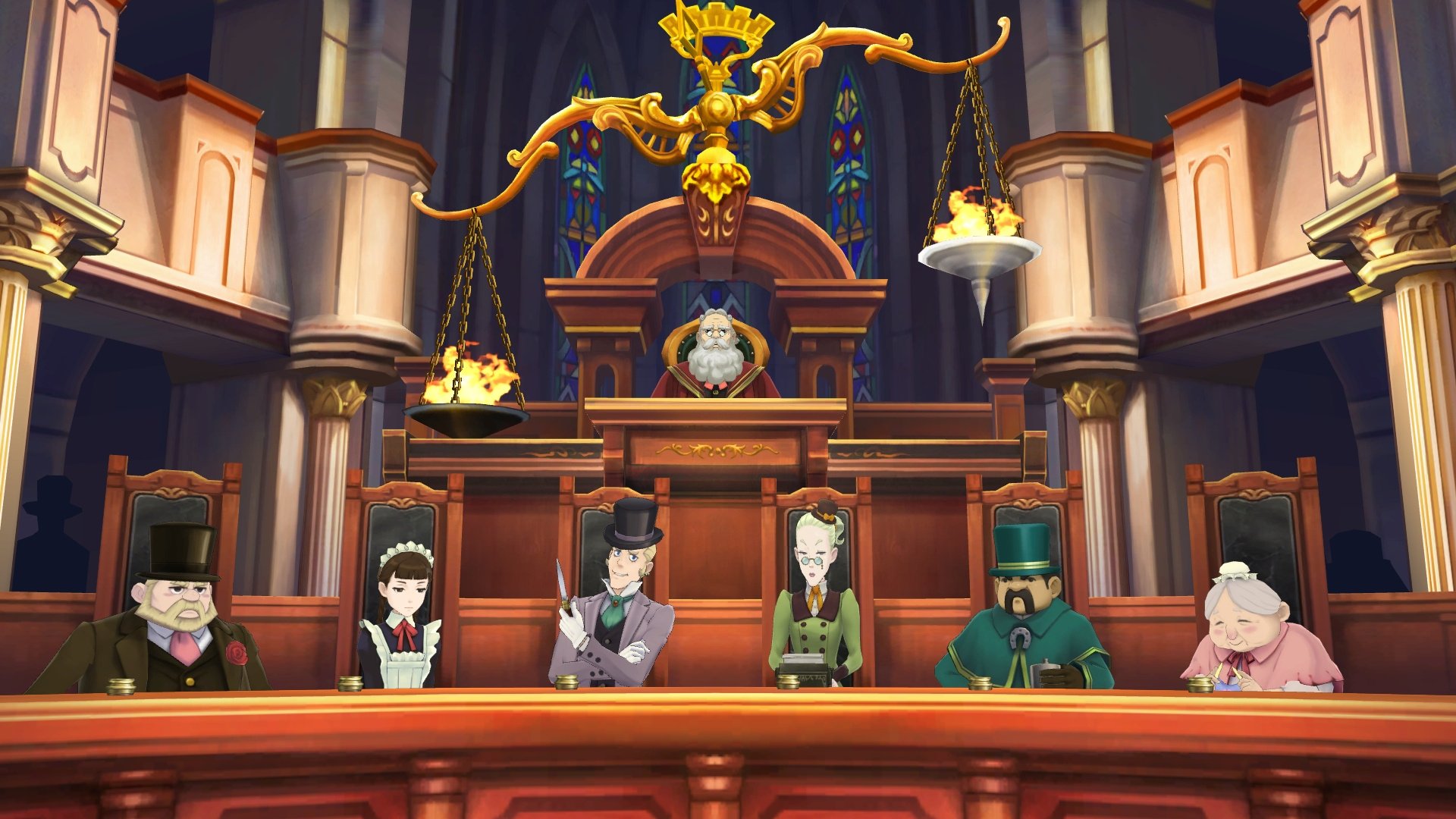 "Some of the best cases in Ace Attorney history can be found in this duology, with The Great Ace Attorney 2 in particular delivering a constant stream of complex and engrossing mysteries."

Summation examinations function a lot like cross-examinations of witness testimonies, which means your primary task is to press each juror on their reasoning for their verdict. Your ultimate goal, however, is to pit the statement of a juror against that of another that it contradicts, in order to highlight inconsistencies and point out flaws in their reasonings. Mechanically, it’s a nice twist on the cross-examinations mechanic, and does just enough to set itself apart and allow it to have its own place in the experience rather than feeling like an unnecessary addition. Meanwhile, both games also do an excellent job of ensuring that enough new details and revelations come to light during these summation examinations so that trials don’t feel like they’ve stalled, which means there’s constant forward momentum. Above all else, they add a nice bit of variety to trials, which is good because some trials can be pretty long at times.

The quality of cases in both games is also excellent. There are ten episodes in total, five each in both games, and the cases vary from solid to downright spectacular. Both games are full of those “aha!” moments that Ace Attorney is so well known for, and slowly dismantling each mystery piece by piece and watching the puzzles gradually fall into place is immensely satisfying. While there are one or two cases in here that perhaps drag on a little too long or fail to grab interest during certain segments, the vast majority of cases in both games deserve a lot praise. Some of the best cases in Ace Attorney history can be found in this duology, with The Great Ace Attorney 2 in particular delivering a constant stream of complex and engrossing mysteries.

There is, of course, a larger narrative thread that runs through each episode, and though it takes a while to get going, it comes together excellently. Of the two games, the first one largely serves as setup for its sequel, establishing its world and characters and laying down the foundations for several crucial story arcs and plot points. As such, it feels slower paced, with its strong cast of characters doing the bulk of heavy lifting. The Great Ace Attorney 2, however, takes almost no time to get going, and right from the get go, it starts building momentum. Mysteries are solved, questions are asked and answered, stakes are raised, and some genuinely surprising revelations come to light. Collectively, both games tell an incredible story, and tell it very well. Some inconsistencies do pop up here and there, but they’re mostly pretty minor, and don’t really hurt the larger plot in any significant way. 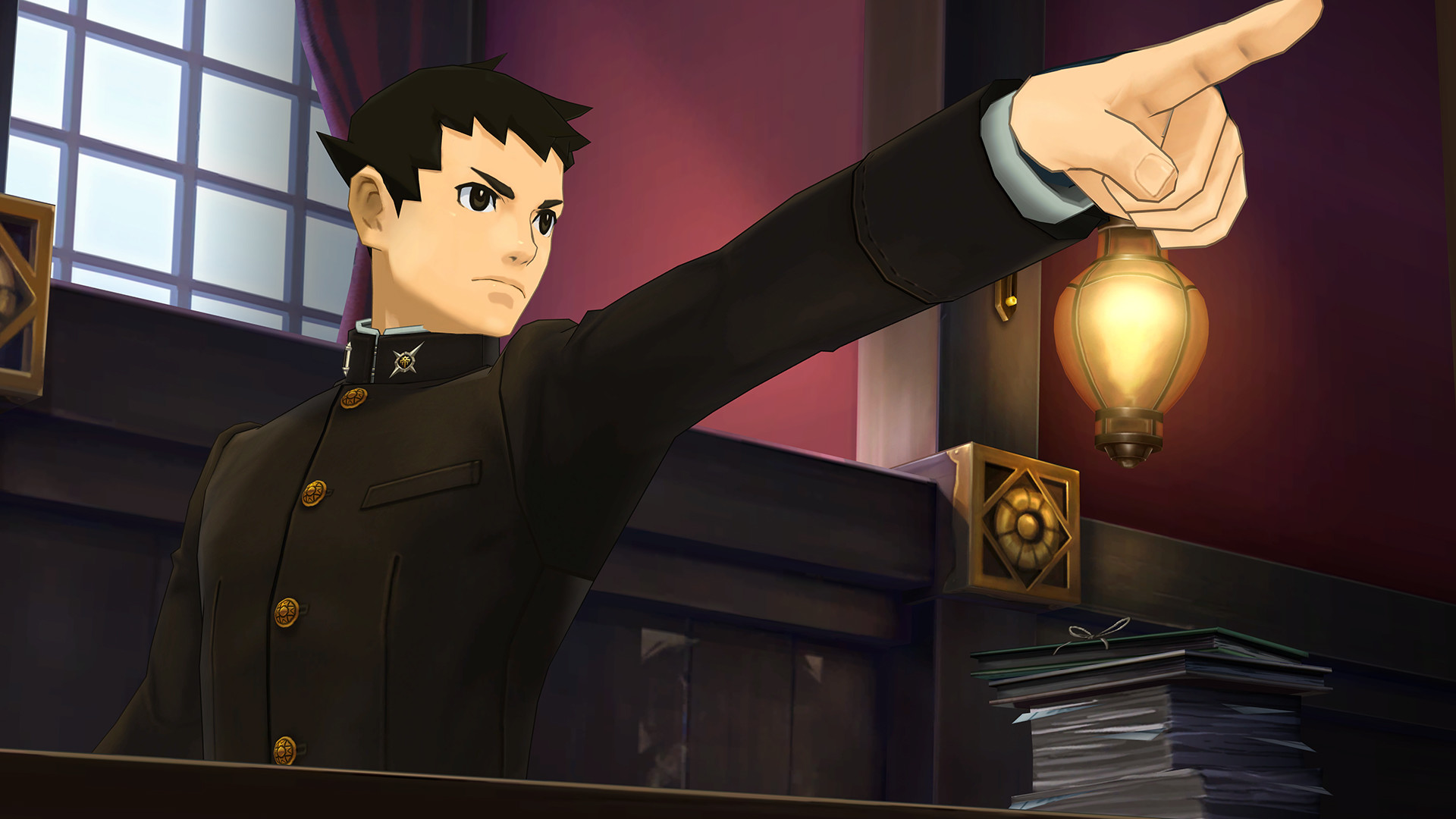 "Collectively, both games tell an incredible story, and tell it very well."

The Great Ace Attorney Chronicles is a delicious treat for Ace Attorney fans who’ve been waiting for these games to release in the West for years. Given its nature as prequel spinoff set over a century before the first game though, it’s also a great entry point for newcomers to the series. In total, I spent over 60 hours on the duology, and I had a wonderful time from beginning to end. It’s been a long wait, but The Great Ace Attorney is absolutely worth all those years of anticipation.

A charming period setting that's used very well; Delightful cast of characters, with Herlock Sholmes in particular being a highlight; Excellently written and consistently funny; A solid collection of cases, with some that might be the series' best ever; An engrossing, complex, and well-told story; Charming visuals and animations; Great soundtrack.

A general lack of challenge; The first game is slower paced, especially in the beginning.

Final Verdict:
AMAZING
Great use of its setting along with the usual dose of charm, humor, smart writing, and a great cast of characters help The Great Ace Attorney Chronicles deliver an incredibly strong package, one that ends up being well worth the very long wait.
A copy of this game was provided by Developer/Publisher/Distributor/PR Agency for review purposes. Click here to know more about our Reviews Policy.