Check out how legendary character Cassius Bright looks in 3D.

Falcom’s The Legend of Heroes: Trails of Cold Steel 4 is out later this year in the West for PS4. In the meantime, NIS America – which is localizing the thunderous conclusion to the Erebonian saga – has released a new trailer in the “Voices of Zemuria” series. It features quite the roster of familiar faces – check out the tweet below.

First up is Cassius Bright from Trails in the Sky, except he’s now fully voiced and in 3D. Considering the character’s significance throughout the franchise, his updated look is pretty good overall. Other returning characters include the witch Vita Clotilde, former Thors student council president Towa Herschel and many more.

The Legend of Heroes: Trails of Cold Steel 4 is out this fall for PS4 but will arrive in 2021 for PC and Nintendo Switch. It’s not the end of the series by a long shot though – Falcom will be releasing The Legend of Heroes: Hajimari no Kiseki in August for PS4 in Japan. Localization may take time but it’s something to look forward to.

Our newest "Voices of Zemuria" video for Trails of Cold Steel IV features Aurelia, Cassius, Roselia, Towa, and Vita! Who are your favorites so far? Don't forget to preorder the Limited Edition by visiting our Online Store! (https://t.co/u7Te6EWJUt) #TrailsofColdSteelIV pic.twitter.com/gtq9J7WdJt 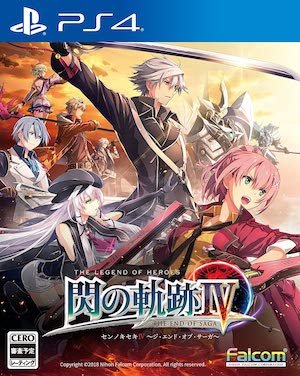