Series fans will be delighted with the strongest outing yet.

Trails of Cold Steel 3 is a hard game to review, because the very reasons that some might like it will end up being the reasons others can’t get into it. The very reasons that make the game such a great proposition for long time fans of Falcom’s storied The Legend of Heroes franchise also make it all but impossible for newcomers to get into the game.

You see, Trails of Cold Steel 3 is, as the name suggests, the third game in the Cold Steel story, out of four games planned. However, Cold Steel itself is just a sub-series within the larger Legend of Heroes series, which is comprised of five sub-series, this being the fifth one. And there is continuity there that these games draw on – not to the extent that you need to have played every single previous game to understand this one, but enough that there might be some things, albeit not necessarily integral to plot progression, that it draws from previous games in the series.

All of this is to say, there is a hell of a lot of required reading if you want to get the most out of Trails of Cold Steel 3. At the very least, you need to have played both the previous games in the series (mercifully, they have been ported to the PS4, and are thus readily available). If, however, you have somehow managed to keep up with every single entry in the series so far, across three decades, five systems, and a dozen plus installments, not accounting for the fact that many games have flat out not been localized, or are late releases – then, excellent. You’re going to get the most out of Trails of Cold Steel 3, which serves as an amazing culmination of everything the entire franchise has been building up to over this period. If you have played the previous two Cold Steel games, you’re set for what is the biggest and most dramatic entry in the series yet. 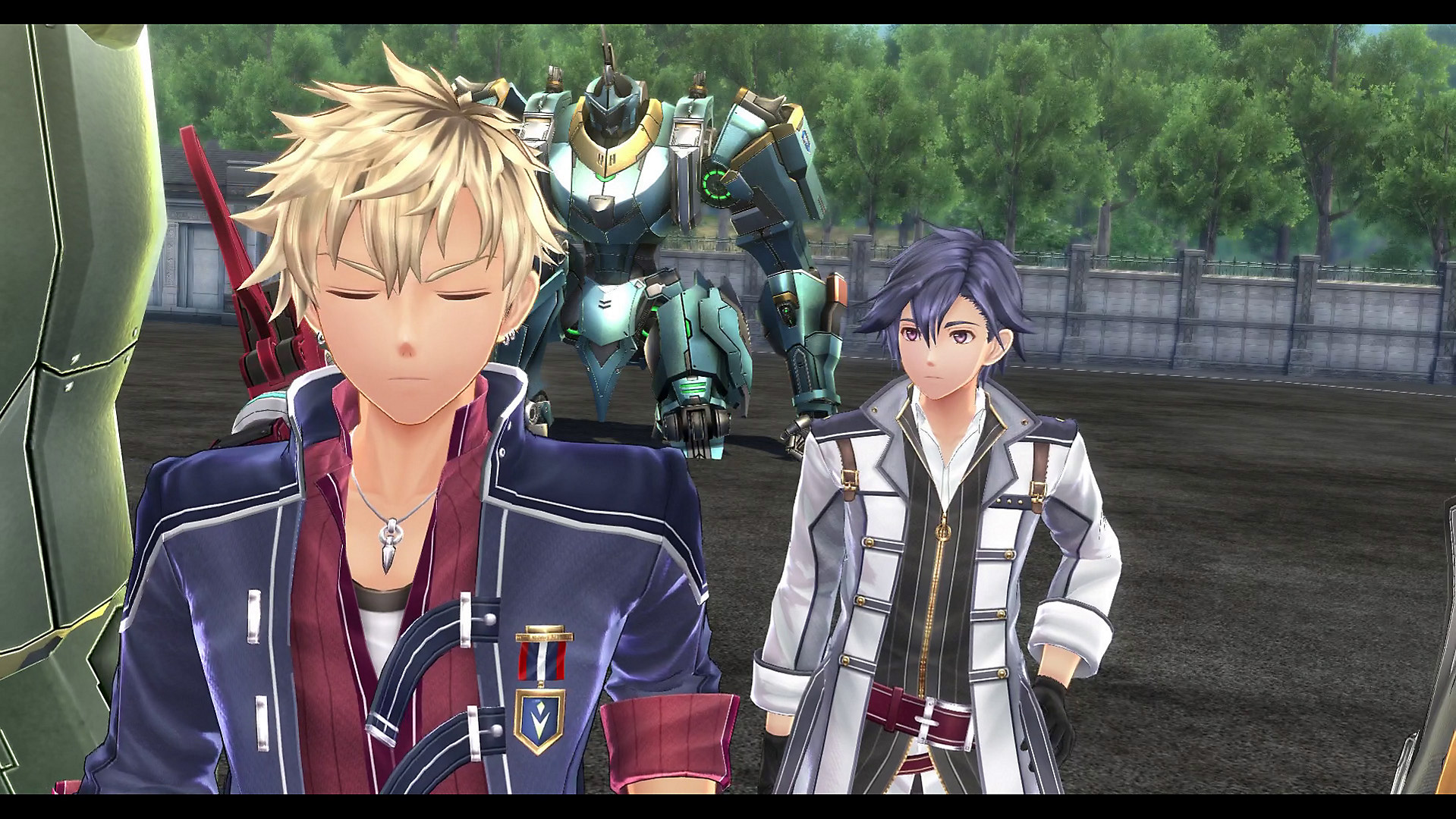 "There is a hell of a lot of required reading if you want to get the most out of Trails of Cold Steel 3. At the very least, you need to have played both the previous games in the series (mercifully, they have been ported to the PS4, and are thus readily available)."

If you haven’t played at least the older Cold Steel games: stop. Either put the disc away until you have, or return it if you don’t plan on playing them. While you will be able to keep up with the general gist of the story progression in Cold Steel 3, most story and emotional beats simply will not resonate with you without the larger context of the previous games filling in some crucial gaps. To Trails of Cold Steel 3‘s credit, it attempts to address this problem by actually having a wordy recap of the previous two games in the series, as well as the larger world of the Legend of Heroes franchise, for players to catch themselves up with. But that is over an hour’s worth of reading material (if you read fast; if not, you can easily double that) you must fully internalize before you even start the game.

For the four people who haven’t closed the tab, and are still with me: Trails of Cold Steel 3 begins after the resolution of the civil war that was the subject of the story of the previous two games. Erebonia is now in a moment of calm and quiet, and its citizens are trying to rebuild their lives. This includes Rean, the protagonist of the previous two games, as well as this one, who is no longer a student of Class VII. Rather, he is now the teacher of a new Class VII that has been formed, and working at a new branch of the esteemed Thors Academy. Unlike the main branch of Thors, or the older Class VII, however, this new Class VII and branch both seem to be where all the problem kids are sent. Rean ends up teaching a class of pretty ill-behaved students who all hate his guts, although, of course, this being an anime-styled game, it doesn’t take long before they all love him, and every detail of their lives seems to revolve around him.

The game settles into a nice rhythm of you heading Class VII ops and expeditions, except this time you’re not the student. You get free time, chances to socialize with your peers, complete quests and missions, and more. The closest comparison would be Fire Emblem Three Houses, though it is an exceptionally superficial one, given how much the moment to moment gameplay varies between the two games. 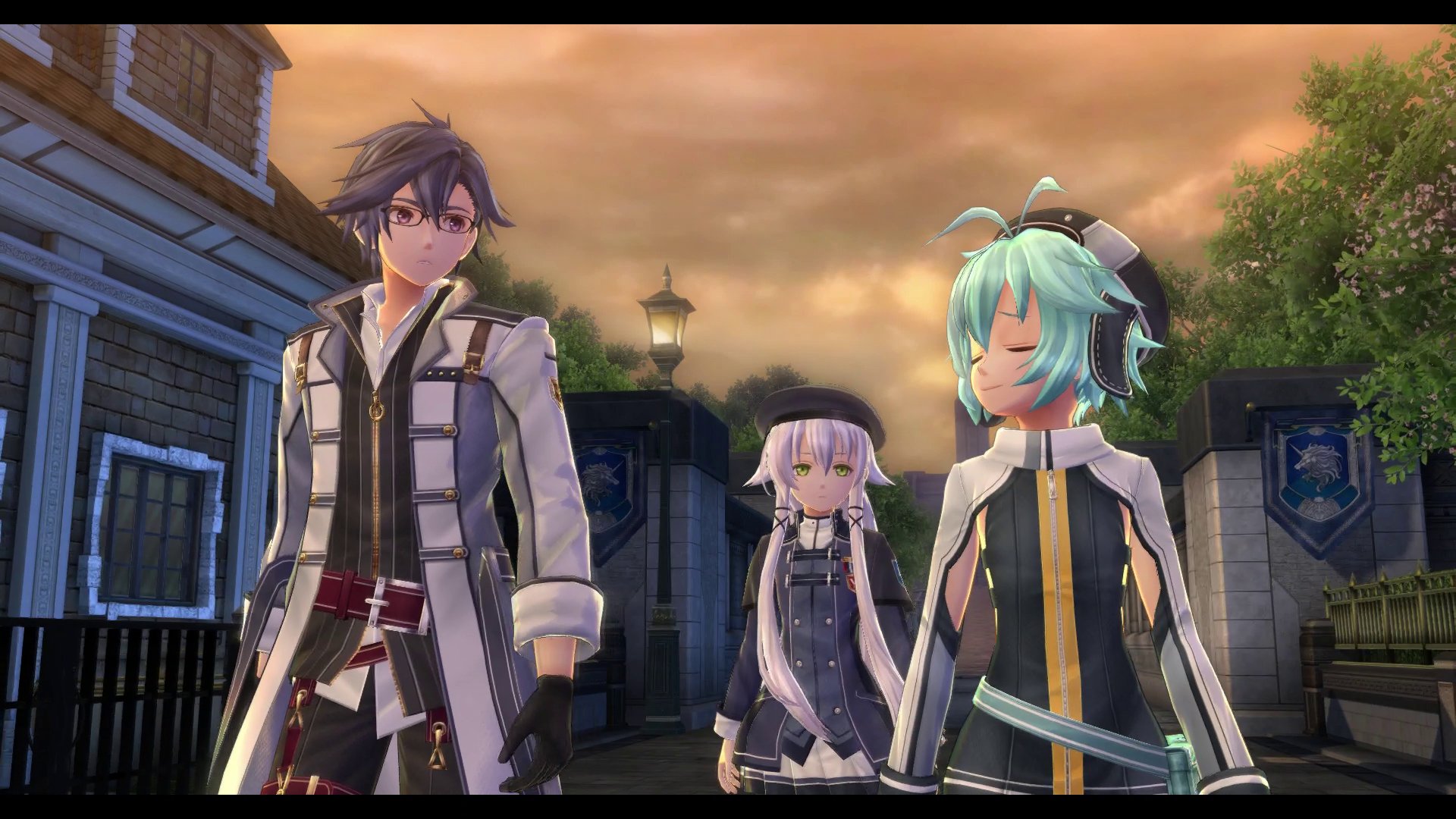 "The school and campus stuff is where your character beats and arcs unfold, while the off-campus missions are where the story proper for the game begins to unravel."

The school and campus stuff is where your character beats and arcs unfold, while the off-campus missions are where the story proper for the game begins to unravel. It is, of course, during the course of these missions that you realize all is not well in Erebonia, even though the civil war has concluded – under the surface, tensions are brewing, and you soon find yourself caught up in the kind of political intrigue that the series is best known for.

Which brings me to what I have to assume is the main question that any Trails fans who haven’t been obsessively keeping up with impressions on Cold Steel 3 from Japan might have on their minds at the moment: how is the story and storytelling in this game? The answer is, it’s great. The writing is heady and nuanced, and while there were fears at NISA handling the localization after the botched job with Ys 8, I don’t really have many complaints with Cold Steel 3 at all. There’s a lot of anime tropes the game falls to, but that’s been true of the whole Cold Steel sub-series, and this game isn’t much worse than the previous ones on that front. The actual dialog is written well, characters feel fleshed out and real, with very believable motivations, and the intrigue never feels shoehorned or affected.

Like the story, the actual gameplay also maintains its consistency and quality from the previous games in the series. The battle system has made it over almost as is, without much in the way of changes, in Cold Steel 3 from its immediate predecessor. The same turn based battle system from the previous games returns, and it is a battle system that invites, no, demands, engagement and attention. You can not button mash or attack spam your way through battles, and the mechanical density of how fights play out is extremely satisfying, to the extent that it alone is almost enough to warrant the price of admission (though, seriously, don’t do that – go play the older games before this one). Character placement matters, since your attacks have a limited area of effect, and understanding enemy weaknesses is paramount on multiple levels.

"You can not button mash or attack spam your way through battles, and the mechanical density of how fights play out is extremely satisfying, to the extent that it alone is almost enough to warrant the price of admission."

The battle system is fun, and you’re always going to be looking for fights. On the other hand, the actual dungeons feel poorly designed, and can often feel long drawn out – which itself is an issue, because conversely, the school portions can often also feel like they are dragging on, throwing dialog box after dialog box at you. At the very least, I think it is fair to criticize Cold Steel 3 for severe pacing issues, which do make it difficult to stick with it at times. Some of these problems can be attributed to the originally planned trilogy now having to account for a whole new full-sized installment, of course, but that’s contextualization, not an excuse – that was a decision the developers chose to make of their own accord.

Unlike the story and the battles, the presentation in Cold Steel 3 is a very clear and noticeable step up from previous games in the series (which, in turn, can help you in putting up with the long exposition the game loves to throw at you, especially early on). This, of course, can be attributed to there being no handheld version of the game this time. Cold Steel 3 is strictly designed for the PS4, and while Falcom is a small developer, and this game will never win awards for graphical merit, it looks very pretty, and holds up well in terms of performance.

In a lot of ways, Cold Steel 3 is a game that doesn’t need a review. Those who were interested were always going to buy it, even if reviews around the board slammed it. Those who haven’t bought into the Legend of Heroes series yet were certainly never going to be convinced by this game – and, for the love of god, I cannot stress it enough, if you are, be unconvinced, and go play the older games before you play this one.

There’s a lot of investment Trails of Cold Steel 3 demands, and there are significant flaws, such as poor dungeon design and pacing issues, that mar the experience. Nonetheless, the strong writing, immense payoff to long running storylines, great characterization, and immensely satisfying battle system make this a very easy recommendation, and perhaps the strongest entry the Legend of Heroes series has had thus far.

There is a LOT of required reading to be able to get the most out of this game - at the very least, you should have played the previous Trails of Cold Steel games; pacing issues can drag the story down a bit; dungeon design is poor

Final Verdict:
GREAT
If you've been keeping up with the series, Trails of Cold Steel 3 is the strongest outing yet, in spite of some issues that hold it back from its full potential.
A copy of this game was provided by Developer/Publisher/Distributor/PR Agency for review purposes. Click here to know more about our Reviews Policy.