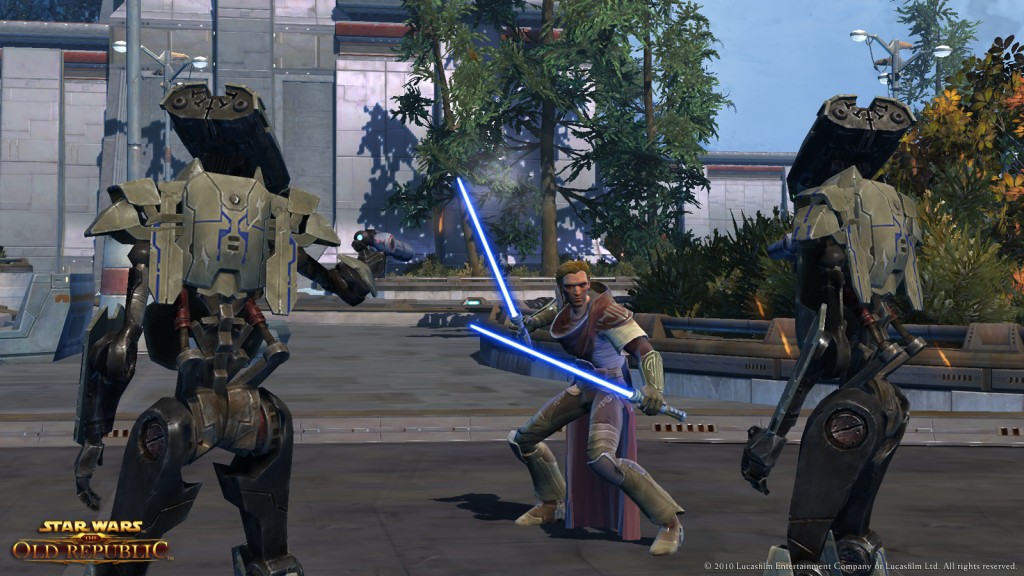 Cowen & Company analyst Doug Cowen, who earlier predicted that BioWare’s upcoming MMO, Star Wars: The Old Republic will sell 1.5 million in its first year, now says it will sell twice that amount, 3 million units, in the same period of time.

He says the upcoming MMO will do as well, if not better, as Blizzard’s StarCraft 2 or World of Warcraft: Cataclysm.

“Since Star Wars became available for pre-orders three weeks ago, it has tracked very strongly on the Amazon.com top-selling video games list,” he said in a research note.

“We believe it is trending as well or better than two of the top-selling PC titles last year, Blizzard’s Starcraft 2 and World of Warcraft: Cataclysm, both of which went on to sell over 4MM units.”

He expressed his “increasing confidence in the company’s Star Wars MMO… We believe ERTS shares have at least 25% upside relative to the market over the next 12 months.”