The Outer Worlds’ Story Will Be Linear, Choices Happen Between Major Plot Points 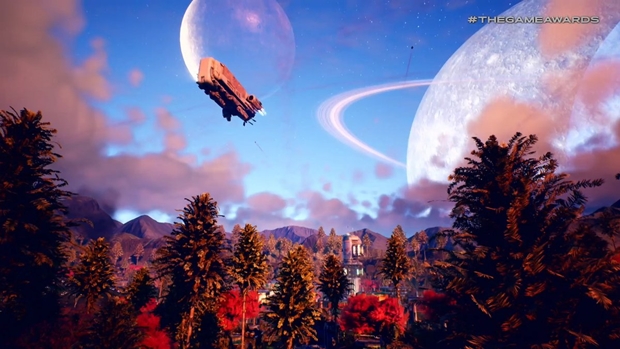 The Outer Worlds is the next big RPG from Obsidian, the RPG masters who delivered us Pillars of Eternity, Fallout: New Vegas, and Star Wars: Knights of the Old Republic II. What I’m trying to say is, these folks are known for being the best in class with the RPGs they provide, which include actual role playing, and choices with actual meaningful divergence in their consequences.

Nonetheless, The Outer Worlds’ larger story will be linear and predetermined, the developers revealed to Game Informer. But don’t worry—co-director Tim Cain confirmed that there’s enough room for players to mess around with choice and consequence with everything that happens in between.

“Our story structures look like footballs, where there are all these points that everybody will pass through,” he said. “[When you get the power regulator for your ship] — did you work with people? Did you buy it? There’s more than one of them out there, so which one did you take? How did you handle the people who were using it? We try to arrange our story by thinking about the points all players are going to pass through, but then we try to remember what the context was so that things change to reflect the choice you made. […] We don’t demand that those dramatic points play out in any specific way.”

He also talked about trying to handle morality in the game—which the game achieves precisely by not having a morality system. Rather, the player is presented with choices that are squarely in the realm of being grey, with many “evil” decisions often having good side effects, and vice versa.

“It’s not ‘Here’s the good choice, here’s the bad one.’ Instead, it’s like, ‘You could this or this. This will cause X, this will cause Y. You decide what you care about.’ What if the more evil choice has an obviously better outcome? What if more people are saved by the evil choice? But it’s evil! But the result is better! Is it a worse choice? I don’t know if you can solve morality with arithmetic, but there are some things in the game where you’re like, ‘I am not sure if this is bad.’”

That sounds great—it’s the kind of thing that made The Witcher 3: Wild Hunt so compelling back in 2015, and the kind of thing very few developers have managed to nail properly ever. The Outer Worlds will launch on PS4, Xbox One, and PC this year. If you’re interested in learning more about it, check out Obsidian’s statement on how long the game will take to complete, or what they feel about the comparisons their game evokes with Fallout 76.