The PSP is ‘getting a bit old,’ says Sony 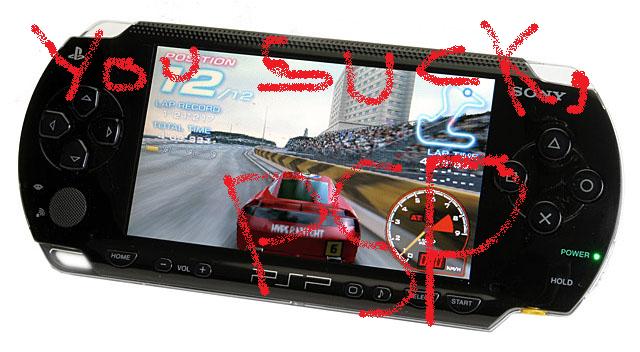 Shuhei Yoshida, the development head of PlayStation, has admitted that the PSP is ‘getting a bit old.’ So, now you realize.

He has also said that the firm is “looking at new technologies” in the handheld market. Pretty huge, huh? Or maybe the PSP Phone that is rumoured to be in development almost everyday, yet Sony denies the rumours everytime?

Although, Yoshida also told GameIndustry.biz that this is “not the right time to say anything about it.”

When Yoshida was asked about the PSP and if he thinks it is ageing, he this to say: “Yeah, there’s no denying that – it’s about six years since the launch of the PlayStation Portable. When we launched PSP it was the newest, biggest, brightest thing that we had – and after five or six years, and releasing many games, there’s no denying that people start to see that it’s getting a bit old.

“But we’re always trying to expand the market – now our focus is on shifting to a younger audience and a more casual audience, and we’re making games for that audience.

“In terms of looking at new technology, it’s always the case that as soon as we look at a new platform or new tech, our R&D teams start looking at what’s new in the general space.

“So yes, we have been looking at new technologies, and looking at the options that we have. It’s not the right time for me to say anything about it.”

Hmm… Interesting. Maybe they have something up their sleeves, something that can teach even the awesome 3DS a lesson or two? Maybe. Let’s see. We’ll keep you posted on this matter.