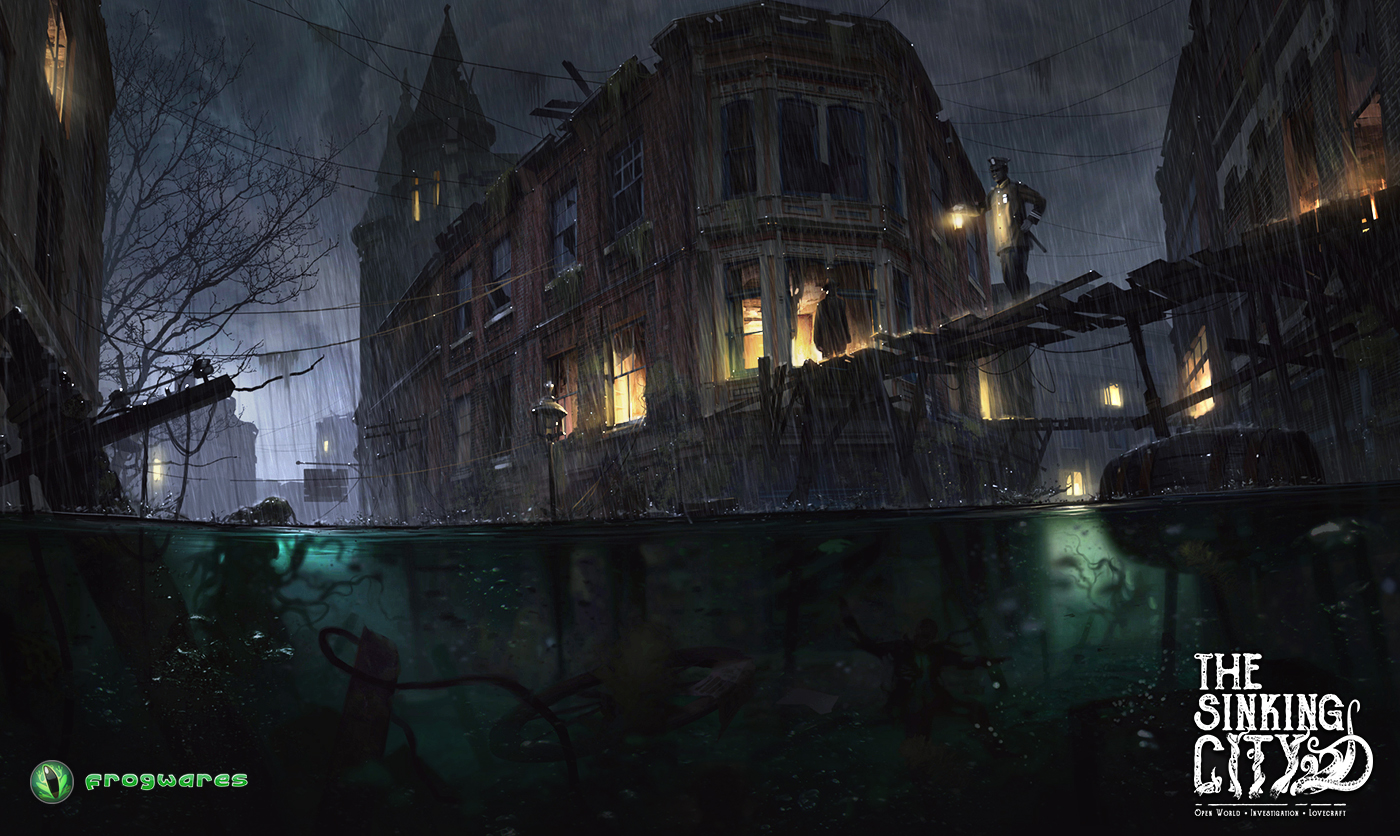 After the release of Call of Cthulhu: The Official Video Game, Frogwares’ The Sinking City will be another major title to go the Lovecraftian horror route. Set to release next year, Frogwares has provided an update on the game’s character animations. Long story short, they’ve been noticeably improved, especially compared to their previous incarnations. Check them out below.

The Sinking City travels to Oakmont, Massachusetts, with private investigator Charles W. Reed attempting to escape the insanity that haunts him. Of course, an encounter with Cthulhu and other cosmic horrors is a given. Unlike Call of Cthulhu, The Sinking City takes place in an open world that can be explored in numerous different ways. Fancy a swim?

With an investigation system, more emphasis on shooting, and its own sanity management features, there’s quite a bit to look forward to. The Sinking City is out on March 21st, 2019 for Xbox One, PS4, and PC. Will it provide a better haunting than Cyanide’s first person adventure? Only time – and the Great Old Ones – will tell.