The Stanley Parable: Ultra Deluxe is Finally Launching on April 27

The long-awaited "dramatically expanded" version of The Stanley Parable is launching next month for PlayStation, Xbox, Switch, and PC. 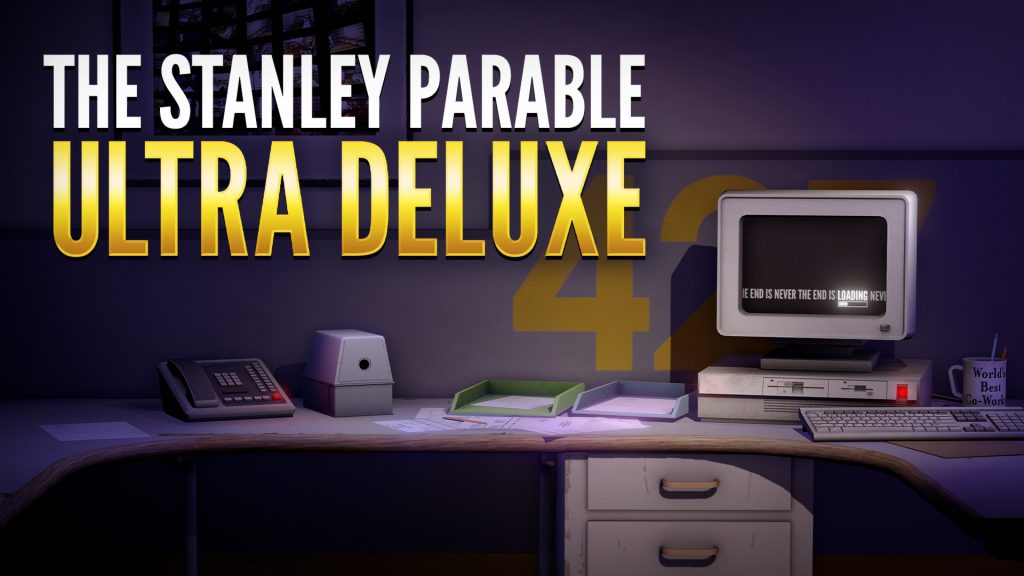 We’ve been waiting for The Stanley Parable: Ultra Deluxe since it was first announced back in 2018, and after nearly four years of anticipation, the game is almost here. Developers Galactic Cafe and Crows Crows Crows previously confirmed that the expanded re-release would launch in early 2022, and have now officially announced an April release date with a new trailer. Check it out below.

Originally starting life as a Half-Life 2 mod, The Stanley Parable as we know it today first launched in 2013. Nearly a decade later, The Stanley Parable: Ultra Deluxe is being touted as a major expansion of the original game with a longer script an new narrative content, with the developers saying that it “dramatically expands the world of the original game with new content, new choices, and new secrets”.

The Stanley Parable: Ultra Deluxe will launch on April 27 for PS5, Xbox Series X/S, PS4, Xbox One, Nintendo Switch, and PC (via Steam).