The Technomancer Gets New Gameplay Trailer for Gamescom 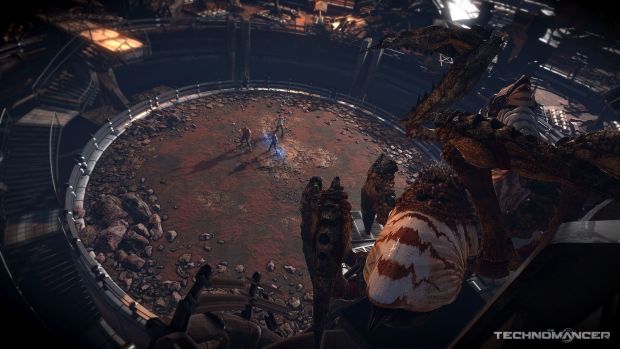 Upcoming cyberpunk RPG The Technomancer has received a brand new trailer for Gamescom. This new trailer sees the main character Zachariah attempt to communicate with Earth. However, it seems as though he’s having issues connecting. It also doesn’t help matters that he is apparently being chased by Mars’ secret police.

Mars itself doesn’t look like a very welcoming setting in this trailer- in fact, it’s positively hostile. That said, the developers have promised us that Mars is home to loads of character interactions with people who have been affected by some great tragedy, as well as loads of secrets and treasures that are just waiting to be uncovered.

These people are important- it appears as though they will join Zacharias and give him more information once you form a deep enough friendship with them, somewhat like a Social Links system.

The Technomancer is in development for PC, PlayStation 4 and Xbox One, with a projected release date for 2016.