The Top 6 Western Themed Video Games Of All Time 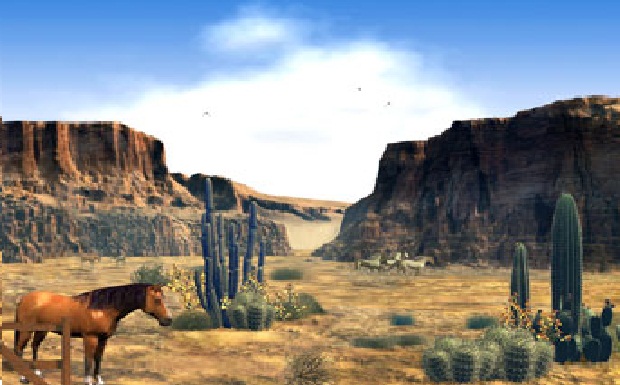 Come on, admit it. You know you like Westerns, with the macho protagonists wearing their cowboy hats and leather boots, and literally just walking into gunfights, pulling out their old revolvers from holsters that flank each of their hips. It makes you wanna feel like a badass yourself, and what you want, more than anything else, is a way to live out your fantasies.

Generally, that’s the cue for you to pop in the appropriate video game into your console or PC, and start playing away into the night. Unfortunately, however, when it comes to westerns, we haven’t had all those many games in the genre that were truly worth playing. The genre is generally as barren as the wastelands that it often depicts, with each game set in the period setting having been either a broken and glitchy mess to the point of being unplayable, or unremarkable to the extreme.

However, there remain a few expertly crafted gems that have gone on to become enduring classes- westerns that weren’t just fun to play, but were also masterpieces of storytelling and atmosphere. GamingBolt brings you the list of the top seven games set in the old Wild West, of all time.

Long before Red Dead Redemption burst onto the scene, truly representing the coming of age of the western genre, we had Red Dead Revolver, an assuming third person shooter created by Rockstar San Diego in 2004. The game, originally being developed by Capcom, was eventually picked up by Rockstar when the former abandoned development. With its signature ‘grainy film’ effect, that simulated the look of old western movies, Red Dead Revolver would go on to become one of the cult classics of the era, a game that stood out not because it did anything special, but purely because what it attempted was well beyond the scope of video games back in the day.

Look, we understand that even the inclusion of Blood on this list is questionable. If you saw the video we included, you’d understand that Blood appears to be more of a horror game than a western. Dig deeper into the story, and it looks like the plot resembles that of one of those old, campy sci fi movies gone horribly wrong. However, Blood, an excellent first person horror game from the makers of Duke Nukem 3D, makes the cut because of its setting, which seems to resemble the wild west- something the sequel indeed confirmed, when it pegged this game as taking place in the old west of 1928.

More than its setting, however, Blood deserves mention for how it plays. Let’s all consider that the game successfully created tension, thanks to a great use of sound effects and the limited graphics technology available at the time, employed to the fullest to create atmosphere. The game is notable for being one of the great PC FPS’s of the era, and for being one of the first games that allowed a single weapon to be used in more than one ways. While that might be an obvious feature that is taken for granted today, back in the ’90’s, it was a big deal, and Blood was one of the forerunners.

Come on, admit it, you were hoping to see this game on this list, but you definitely weren’t expecting it. And really, you can’t be blamed for it. Wild Arms is often remembered for being an excellent RPG with a compelling, if often over the top and cheesy, story and some memorable characters, but what people often forget is that it was one of the first games to prominently feature a Wild West American setting.

Although the game takes place in a fantasy world, everything- from the graphics to the sound effects to the music- all scream ‘OLD WEST,’ making one wonder why Sony bothered to keep up the ruse for so long anyway. Trust me, it would have been better if they’d just placed the game’s narratives in an alternative history for the wild west- not only would the game have then gotten the due recognition that it deserves for taking the leap and being one of the first mainstream western games, but it would also have placed higher on this list. As it stands now, the relative ambiguity of its setting is all that is stopping it from getting a higher spot.