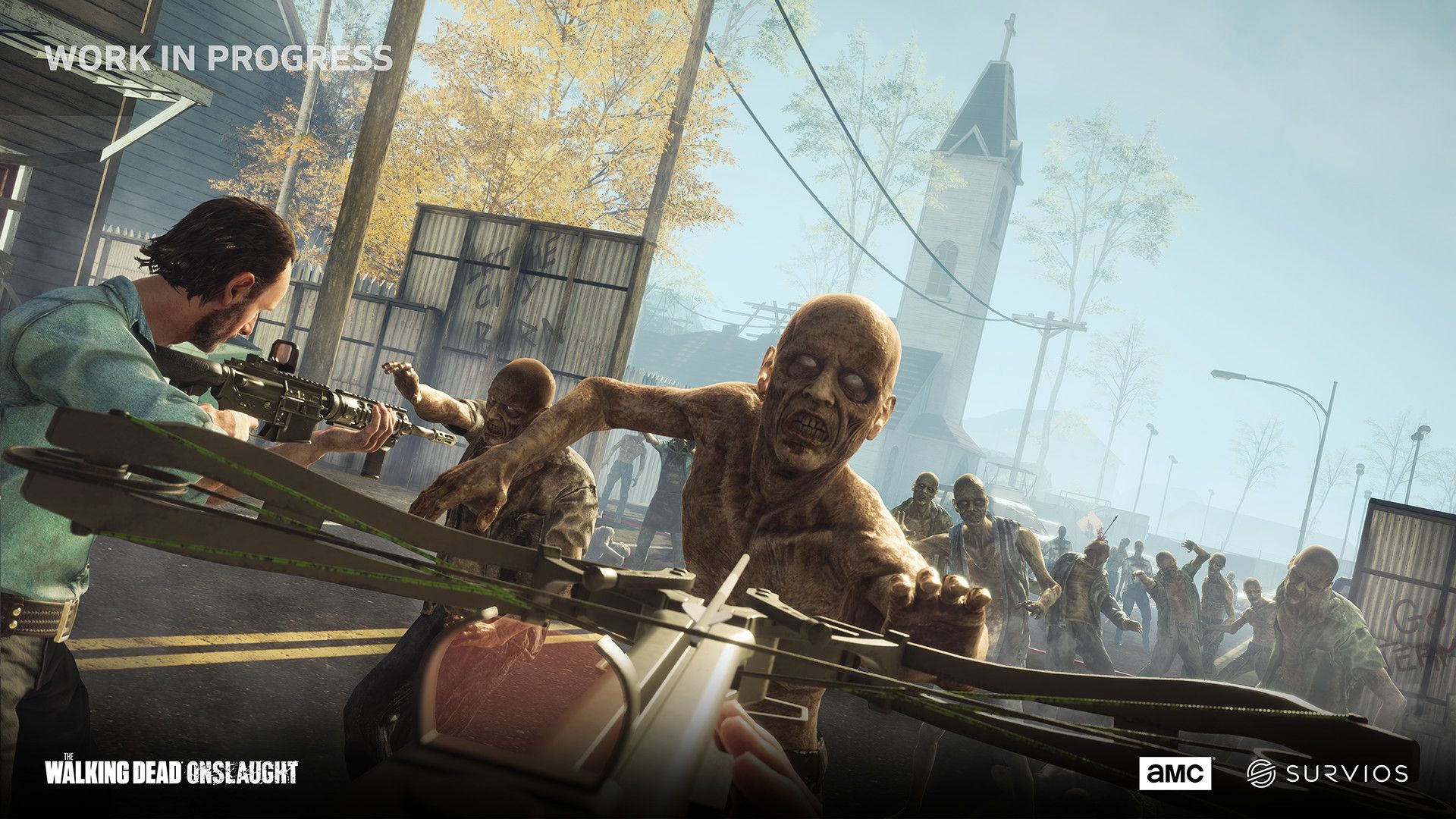 Originally slated to release last Fall, Survios’ The Walking Dead Onslaught will now be releasing on September 29th. The VR title will be available Oculus, Valve Index, HTC Vive and PlayStation VR. Check out the latest trailer below courtesy of IGN to see the game in action (and admire Norman Reedus).

Unlike The Walking Dead: Saints and Sinners, this title is based on AMC’s The Walking Dead. It promises some pretty visceral combat based on real-motion as players dismember foes in brutal fashion. You can lop off undead arms, legs and heads or impale them. There are some interesting physics at play as well as players might experience some resistance when trying to remove a weapon from a hacked corpse.

The Walking Dead Onslaught will feature two modes – a campaign with an original plot and a survival mode where weapons and loot are randomized. Overall, it looks decent and the shooting appears to be fairly responsive. We’ll see how it pans out next month at launch.