The Walking Dead: The Telltale Definitive Series Coming This September, Includes Every Season

All four seasons, plus The Walking Dead: Michonne, and a lot of bonus content, will be compiled in a single package.

Skybound Games recently wrapped up Clementine’s story arc after picking up Telltale’s The Walking Dead series following the studio’s closure, but clearly they’re not done with that world yet. Though they have plans for more games in the future (preliminary ones, at the very least), before they get to that, they’re going to take a look back at what’s come before one final time.

They’ve announced The Walking Dead: The Telltale Definitive Series, due out this September for the PS4, Xbox One, and PC (where it will be exclusive to the Epic Games Store, just as the final two episodes of The Final Season were). The collection will include all four seasons of the game, and the three episodes-long side-series, The Walking Dead: Michonne. All seasons will be boosted by graphical enhancements, while there will also be a total of 10 hours of developer commentary, not to mention a behind-the-scenes documentary short.

The collection is coming in the form of three editions, though the priciest one has already been sold out- there were only 100 of the Signature Pack, which was price at $349.99, included the game itself, an Ericson School for Troubled Youth t-shirt, a Disco Broccoli plush, Clementine & Lee enamel pins, a Kenny hat, Clementine nesting dolls, a 10” Clementine & Lee Diorama, an 18”x24” art print, and another art print signed by members of the development team, voice actors, and Robert Kirkman (creator of The Walking Dead). All of this was included in a signature stamped box.

So what’s left, then? There’re two more editions you can purchase (which aren’t available in a limited capacity, so there’s no rush). The Guardian Pack (available for $249.99) includes everything mentioned above other than the signature stamp box and the signed art print, while the Protector Pack (priced at $99.99) is one step down, without the diorama and the 18”x24” art print.

You can make your purchases at the Skybound store through here. Meanwhile, make sure you give our review for The Walking Dead: The Final Season a read. 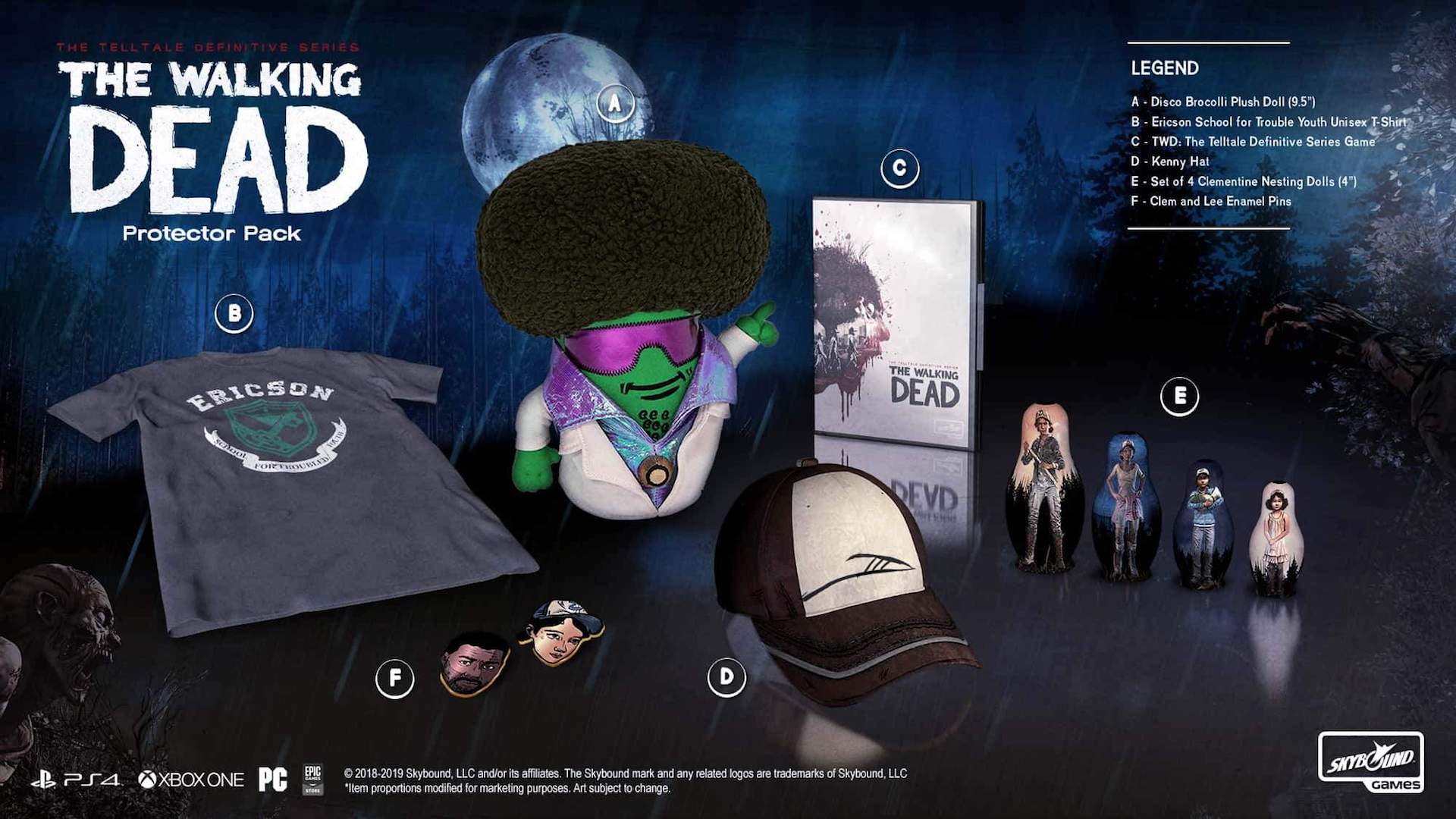 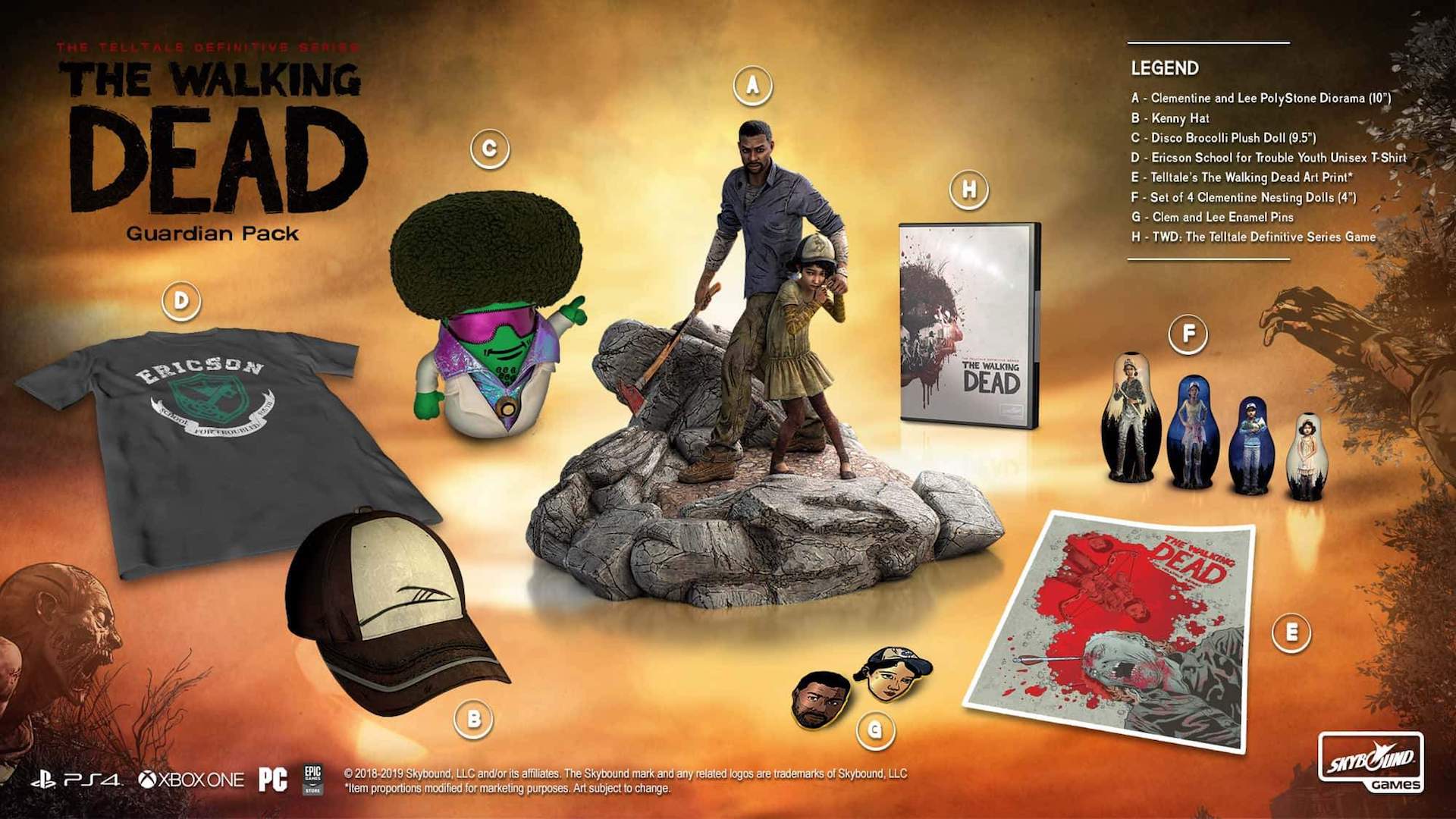