The Witcher 3: Wild Hunt Has Sold Over 28 Million Copies

The PC version was the highest selling version.

It all started with a series of Polish novels, but now The Witcher fantasy series is on top of the world. It’s enjoyed an incredibly successful Netflix TV adaptation as well as a variety of video games, with The Witcher 3: Wild Hunt being one that you could argue set off all this success. It’s been released on all major platforms, even the Switch, crazily enough, and if you have any doubt how big the franchise is now, you’ll have to sit down for this.

In a series of reports, developer CD Projekt RED revealed charts on sales of The Witcher 3 which, while not specified, you can count to see has sold over 28 million copies. The PC has sold the most overall since the game’s release in 2015. While the PS4 was the biggest seller in the launch year, it’s consistently sold more via PC. The Switch version made up 11% of sales for its launch year of 2019.

It also shows an interesting picture of physical vs digital distribution. While the 2015 launch year was very lopsided for physical over digital, it has completely flipped with digital having far more margin as of last year. There’s also a chart of regions for 2019, where Europe and Asia actually managed to sell more than North America.

The Witcher 3: Wild Hunt is available now for PlayStation 4, Xbox One, Switch and PC. Another game is in the pipeline, unsurprisingly, and will begin full development after CD Projekt RED’s next project, Cyberpunk 2077. 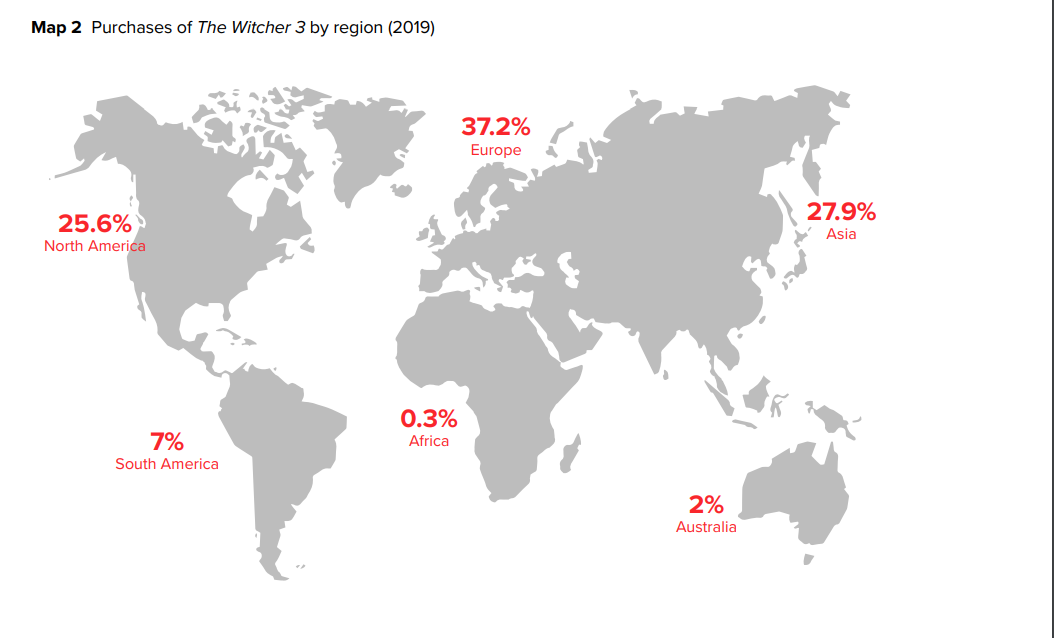