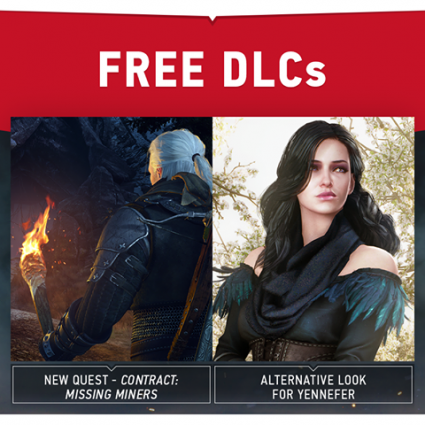 Although The Witcher 3: Wild Hunt already launched with a batch of free DLC, to thank players who bought the game at launch and supported it legitimately, CD Projekt RED is not just done yet. The developed, known for releasing lavish amounts of post release content for its game for absolutely no charge at all, has announced more free content for The Witcher 3.

It’s not as substantial as the kind of stuff we get in an ‘Enhanced Edition,’ and even not as much as the launch DLC- still, free is free, and we can’t complain about it. In this case, the DLC includes a new contract titled “Missing Miners” and an alternate look for Yennefer; the contract, in particular, should give players some experience and cash, if they are in need of it.

The Witcher 3: Wild Hunt launched on PS4, Xbox One, and PC last week. Stay tuned to GamingBolt for more coverage and information.