The Witness Wiki – Everything you need to know about the game

Everything you need to know about The Witness.

The Witness is a brand new and upcoming 3D exploration puzzle game from the independent video game development entity Number None, Inc, led by Jonathan Blow who is also the creator of smash hit puzzle game that saw cross platform commercial success, “Braid”. The game will be releasing at some unspecific time in early 2014 and is set to release on Microsoft Windows PC, iOS and PlayStation 4.

When the game launches on PlayStation4  it will initially be as a timed exclusive, before it launches on other video game consoles. This timed exclusivity will not affect the launch window for the upcoming PC and iOS version of the game. In September of 2010 a playable demo of the game was made available at the Penny Arcade Expo, whether or not a pre-release demo will be available remains to be seen.

Video game developer Jonathan Blow has said that his ideas and plans for The Witness came to him after he released his smash hit puzzle platforming game Braid. How The Witness came into existence was a result of Blows decision to take time of from “serious development” after seeing how much of a success Braid had become. His plan was to spend time working with various new video game prototypes and experiment with the game medium and the concepts within.

During each of these prototype development periods, Blow would spend a couple of months on each, bouncing from project to project while carrying interesting concepts across. Whilst working on these various prototype builds he built the initial concepts of The Witness, which he has said seemed “very ambitious and challenging”. Official and dedicated development for The Witness began some time in late 2008, Blow had both high expectations and concerns surrounding the game but despite these, the games compelling nature made him continue on. When developing a separate prototype game, Blow has said that there was a “magic moment”, rather than continuing with one idea to base a game around, he took this magic moment from the prototype and distilled and refined it until he was able to make a gameplay mechanic based on it, giving it its own game and story.

The non linear style of exploration in the game and the focus on perception and solving puzzles is the focus of the game and because of this, he has compared the gameplay mechanic and the magic moment to discovering a spoiler for a movie, likely meaning it is an unexpected but often pleasing surprise. The non linear nature of the game, and the emphasis on perception has brought Blow to hope that individual players will have their own view on the story and how it unfolds. This initially drew concerns from the gaming community, calling it “pretentious” , these worries vanished however after the game was shown by Sony where it proved to be more than just another “Dear Esther”-esque game.

To increase the ease of development for The Witness, the gameplay and the games engine were all simplified, this in turn helped further work with the idea of player perception as part of the gameplay mechanic. Despite the aesthetically appealing, yet beautifully simplistic art style that The Witness has, development on the Xbox 360 and PlayStation 3 has been effectively abandoned due to “the relatively low system specs”. When the release window started to slide, opportunities arose to take the development of The Witness to the next generation. Despite some people and critics citing the Nintendo Wii U as a next generation platform, Blow has instead chosen to not develop the game for that system, once again saying that the decision is not one of personal choice but one of technological limitations, the Wii U simply cannot keep up.

During the next generation development discussions, Sony was able to provide Blow with system information and development kits. This has resulted in a mutually beneficial timed exclusivity deal which helped bring The Witness to PS4 and aided Sony in their commitment to helping independent developers. Although unrelated to development, Blow has made it perfectly clear that in the past he has had trouble working with Microsoft, specifically with Braid. It was made known by Blow on November 13th of 2013 that the game’s budget was somewhere in the region of $3-4 million. 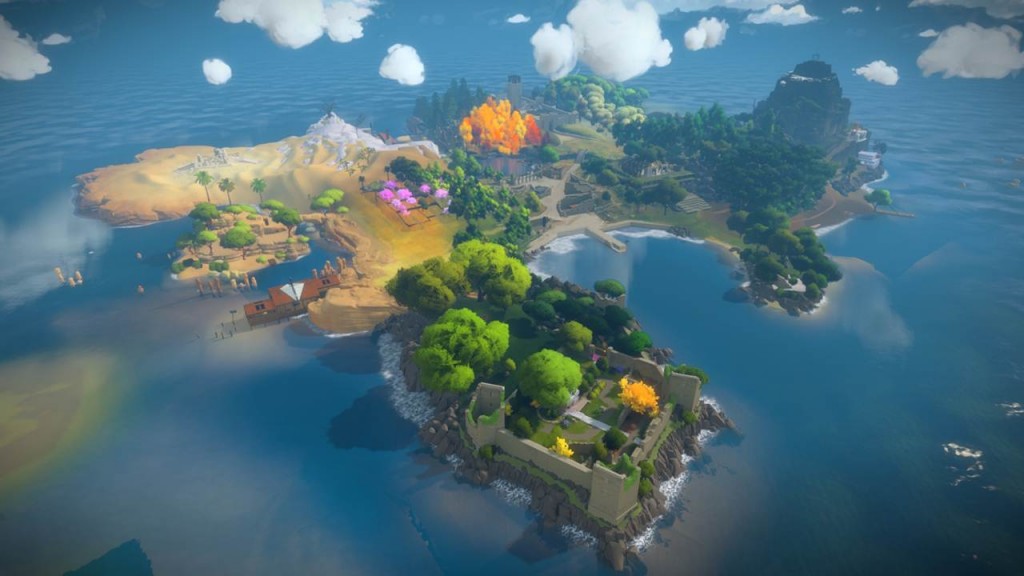 The Witness developer Jonathan blow has kept details regarding the plot for the game very close to his chest, what we do know is that the player will be taking control of an unnamed character that somehow finds himself alone on an island divided into 10 sections centered around a mountain that represents some ultimate goal. In each of these sections there are various natural features and puzzles that the player must serve before they can continue further into the plot. 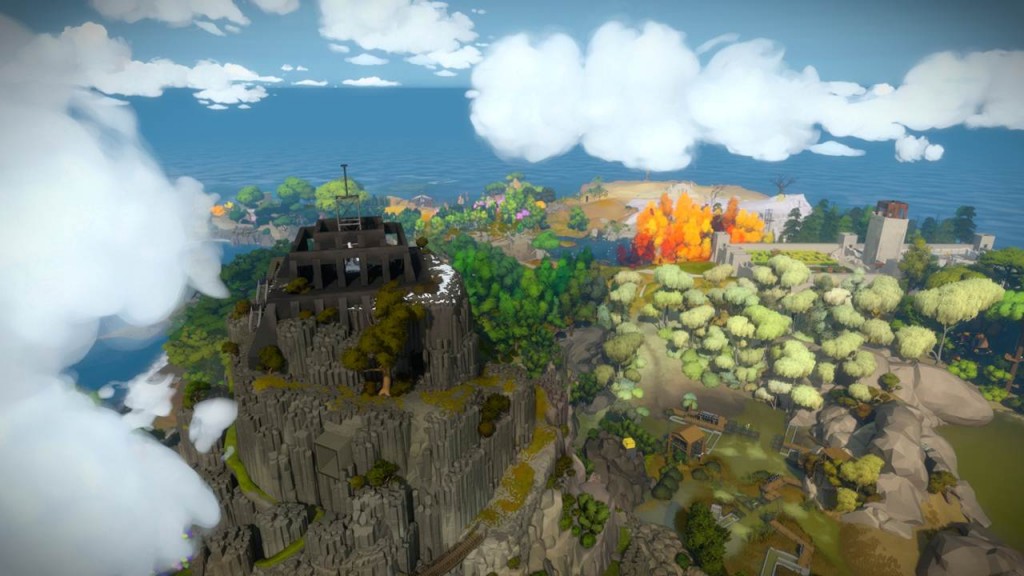 As mentioned above, the gameplay of The Witness is entirely central to the plot, and the two mirror each other. The clear goal is the mountain, and in order to gain access to the puzzles within, the player must solve at least 7 out of the 10 puzzles in the world. Upon the completion of that task, a light shining beacon will raise from the ground and shine a beam of light onto the mountain. Although the concept hasn’t been elaborated on (for the purpose of player discovery) the manner in which players will solve the puzzle is reliant on their perceptive abilities as a person.

Apparently the player will need to identify a theme in the puzzle to understand its mechanics and thus complete it. The puzzles will take the form of tracing a path through a maze, and while that may seem simple, the goals is not  to try and escape the maze but rather find the correct path of several possibilities that will complete the puzzle. The solution to one such puzzle that was presented at the Penny Arcade Expo showed that in order to find the correct path through the maze, an underground cable that runs through the island must be traced.

Tagged With: iOS, Number None, pc, ps4, sony, The Witness