The Scorpio is the ultimate vindication of Microsoft's vision for compatibility.

Something changed at Microsoft around 2015- after releasing two consecutive consoles that had limited compatibility with their predecessors, if any at all, it appears as though Microsoft came to the realization that backward compatibility may be, ironically enough, the way forward. In the modern world, a purchase of a device transcends that device itself- for the consumer, it is an investment in that ecosystem. Modern smartphones and tablets have taught customers that when you buy a device, everything you buy on it is safe and preserved, carried forward to any future device from that same company that you may buy.

This is not how consoles have worked- for the longest time, they have had limited, if any, backward compatibility at all. In fairness, there have been some standout exceptions to this rule- the PlayStation 2 and launch models PlayStation 3, for instance, as well as the Wii and Wii U, and every Nintendo handheld through to the 3DS, were all marked by stellar, native compatibility with the systems that came before them. But on the whole, backward compatibility is the exception to the rule.

This starkly stands out as a sore thumb not only in contrast to the rest of the consumer electronics industry – as noted above – but also when one considers that with the Xbox 360, PlayStation 3, and Wii, consoles tried to enter a digital era. These systems tried to create a digital ecosystem, and then keep you within it- your online identity, friends list, Achievements/Trophies, and most of all, games you had invested in digitally, all of which were meant to ensure that you would also purchase the next Xbox, the next PlayStation, the next Nintendo. After all, you wouldn’t want to lose any of that investment of time and money, would you?

But when the PS4 and Xbox One came around, they both broke compatibility with their predecessors- while your PSN ID and Gamertag, along with associated Achievements/Trophies and friends lists did come along to the new systems, your games themselves did not. Your purchase histories made it through- but you couldn’t actually download and play your games on your new consoles.

"When the PS4 and Xbox One came around, they both broke compatibility with their predecessors."

The argument can be made that console gamers are used to this- after all, this is how things have been for the last 30 years or so. However, that would be ignoring the fact that the console market does not exist in a bubble, that it is subject to changing expectations and contexts in the larger industry around it, and that when it appropriates things from other industries, it also appropriates the associated expectations and costs- you can’t selectively pick what you like and ignore everything else. When Sony and Microsoft decided to promise their customers ecosystems like with smartphones and tablets, the implicit understanding was that these would be cross generational- just like those smartphones and tablets.

So, yes, both the PS4 and Xbox One launched without any backward compatibility whatsoever. But in 2015, that changed- Microsoft, the company with the shabbiest track record for backward compatibility so far, and one that had openly disavowed the idea of it ever happening in the lead up to the Xbox One’s launch, made a grand commitment to backward compatibility for Xbox 360 on Xbox One- and then it followed through, giving Xbox One owners much to celebrate and look forward to.

For Microsoft, this was a strategic move- it ties into their move towards ecosystems and services. If they want Xbox to transcend the hardware and become a platform – which initiatives like Xbox Play Anywhere show us that they do – then the Xbox ecosystem must also no longer be hardware bound, either. Compatibility among different hardware configurations is a must.

"For Microsoft, backward compatibility was a strategic move- it ties into their move towards ecosystems and services."

The clearest indication that Microsoft has learned this lesson – outside of the previously mentioned software initiatives such as Play Anywhere and Backward Compatibility for Xbox 360 – is the Xbox One Scorpio. The new console is a dramatic, radical step up from the existing Xbox One hardware- but in a bold, and in what many may even consider baffling, move, it is completely, inextricably, tied to it. This has two benefits- not only do all of your games on Xbox One, including all of your Xbox 360 games that work on it, but going forward, all Xbox Scorpio games must also work on the Xbox One. In simple words, just because Microsoft came out with new hardware, with an almost generation leap in specs, does not mean that your existing Xbox One is obsolete- for the foreseeable future, it will continue to play all games that are made available on Xbox.

In fact, even hardware design decisions for the Scorpio were made taking that into account. “So, eight cores, organized as two clusters with a total of 4MB of L2 cache. These are unique customized CPUs for Scorpio running at 2.3GHz. Alluding back to the goals, we wanted to maintain 100 per cent backwards compatibility with Xbox One and Xbox One S while also pushing the performance envelope,” Microsoft’s Nick Baker told Eurogamer over the course of their Scorpio unveil yesterday. In other words, the Scorpio was built specifically with compatibility with the existing Xbox ecosystem in mind.

This is an admirable stance for Microsoft- there is a lot about the company’s Xbox division that I don’t particularly find myself agreeing with these days, but all credit where credit is due, this is an excellent, forward thinking stance to take, and a far cry from how Sony is doing things. Oh, sure- Sony, too, has invested in a PS4 Pro with inter compatibility being their driving principle, and it, too, invested in x86 architecture as the basis of its consoles, to ensure forward compatibility. But on the backward compatibility front, Sony is increasingly falling behind. 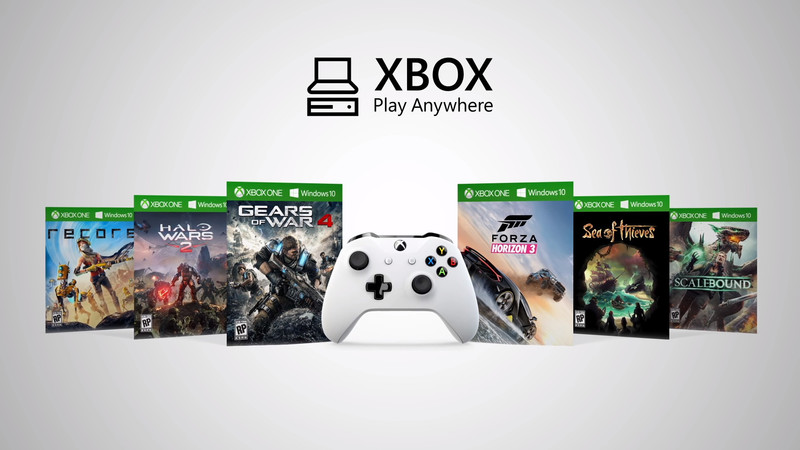 "The clearest indication that Microsoft has learned this lesson – outside of the previously mentioned software initiatives such as Play Anywhere and Backward Compatibility for Xbox 360 – is the Xbox One Scorpio."

No compatibility with the PS3 is a well trodden subject by now, and I have nothing more to add to that– I even understand why it is difficult, and I do not begrudge Sony for its exclusion from the PS4. But what about PS1? PS2? PSP and PS Vita? The PS2 especially rankles because Sony has brought PS2 games to the PS4, but it has the audacity to charge you full price for them- even if you already owned those games. So if you bought GTA: San Andreas from the PSN Store on PS3, guess what? You’ll have to buy it again for PS4, even though your account purchase history recognizes that you bought it on PS3 already. All of your PS1 Classics purchases? Those don’t carry over to the PS4 either (even though the console is more than capable of playing PS1 games).

So while Sony has certainly made investments on the hardware front to ensure compatibility, what reason do I have to believe that my PS4 purchases will be honored going forward? Hardware compatibility didn’t make my PS1 and PS2 Classics carry over to the PS4- why would this be any different? Sony, so far, has not done much to inspire confidence in its plans for compatibility and integrated ecosystems going forward. Microsoft has- that is the one area where they are indisputably ahead of Sony this generation. The Scorpio is the ultimate testament to that.