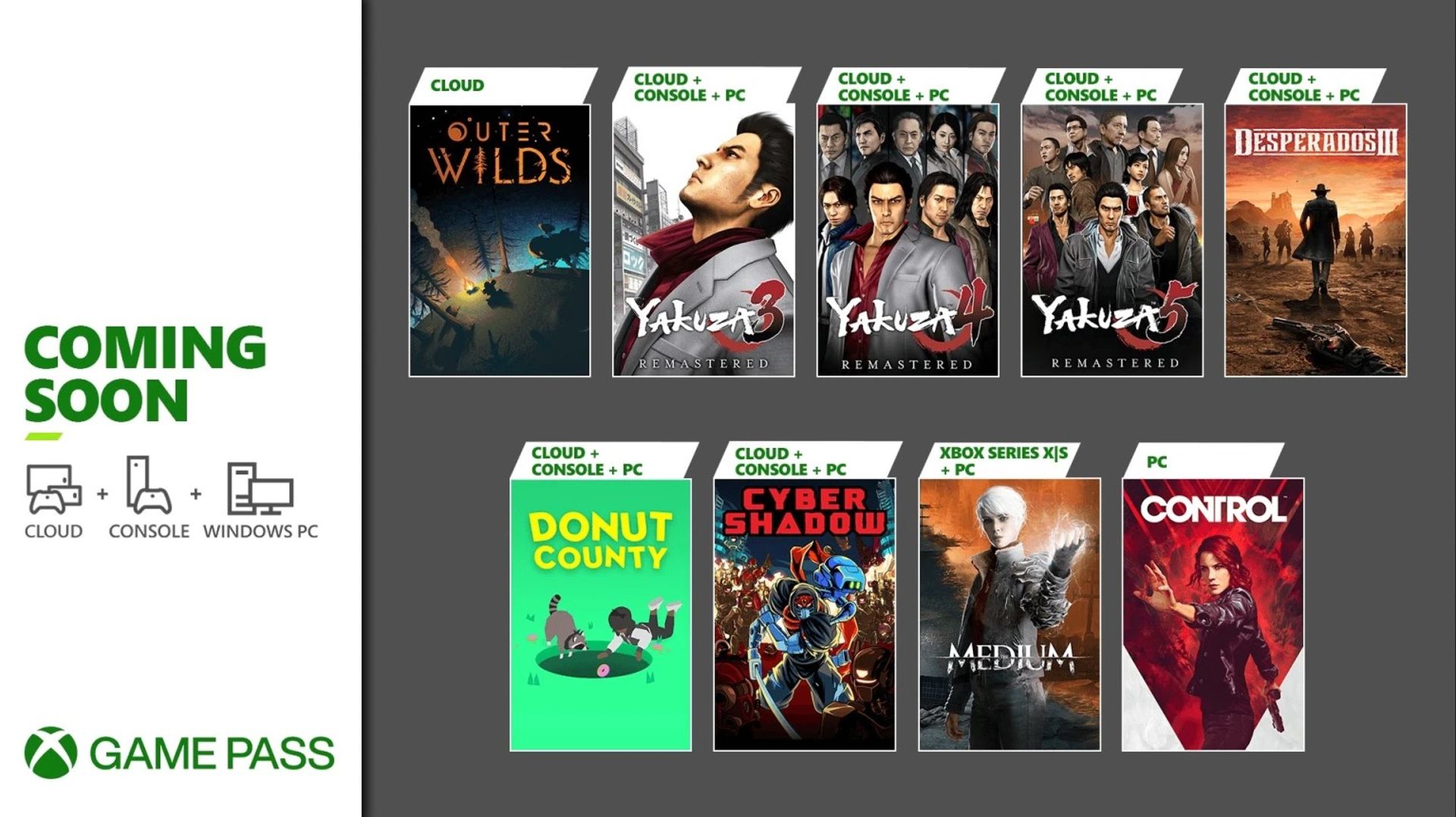 The month is almost out but Xbox Game Pass still has some big name games coming up. Key among them is Control, which arrives for PC subscribers on January 21st. It’s joined by Desperados 3 and Donut County, both playable on Android, consoles and PC. Outer Wilds will also be playable on Android on the same day.

Next week sees the release of Cyber Shadow, a retro action platformer published by Yacht Club Games, on January 26th. It will be available for Android, consoles and PC. January 28th is going to be a big day though with The Medium being available on Xbox Series X/S and PC. The Yakuza Remastered Collection (which compiles Yakuza 3 to 5 Remastered) is out on the same day as well for consoles, PC, and Android.

Long story short, there’s a lot to look forward to, especially for Yakuza fans. Several titles will also be leaving the service on January 29th – you can check out more information on those here. Stay tuned for more details on Xbox Game Pass especially with February on the horizon.