Thirteen Games To Blow Your Mind Off In 2011

2010’s almost done, and it’s been a great year for gaming all round. This was probably the first year since 2004 when we could accurately say that every system truly got its chance to shine. Then there was the Wii, with its unstoppable march of awesome exclusives, more or less claiming the throne this year, and the resurgent PC, which proved once and for all that PC gaming was not dying, that it was nowhere close to dying.

Even the handhelds got a piece in on the action, with the DS, now undoubtedly in its twilight years, getting its chance to shine with blockbuster hits such as Pokemon HeartGold/SoulSilver, Dragon Quest IX and Professor Layton and the Unwound Future, and the PSP returning to full form with games like Metal Gear Solid: Peace Walker. Heck, even Apple’s iOS devices, which many claim shouldn’t even qualify as gaming devices, had a dream run this year, getting memorable titles ranging from Tap Tap Revenge 4, to Game Dev Story, to Infinity Blade, to RAGE, to Battlefield: Bad Company 2, to of course, the new face of mobile gaming, Angry Birds.

All in all, then, it’s been a wonderful year for gaming, hasn’t it? No matter what side of the console wars you found yourself on, you could confidently state that you ran out of funds trying to keep up with the sheer multitude and plethora of releases in 2010.

2011 looks to be no different. A spate of announcements at E3, TGS and the Spike VGA awards have ensured that the release schedule for the coming year is packed and jam to the brim. And once again, it looks like every game will get a piece of the action.

Join us as over the next thirteen pages, we list out thirteen titles that you absolutely must buy in 2011, thirteen games that will surely end up defining what the year will be about, as far as gaming is concerned. Picking out just thirteen titles from over fifty that we are currently anticipating was no easy task, I assure you, but considering how exhaustive this list is going to be, the number of games being covered had to be limited. Therefore, if certain favorites aren’t found here in the list- we didn’t forget about them. We’re looking forward to them, possibly as much as you. It’s just that, well, we’re looking forward to these titles more!

So without further ado: thirteen games you must buy in 2011! 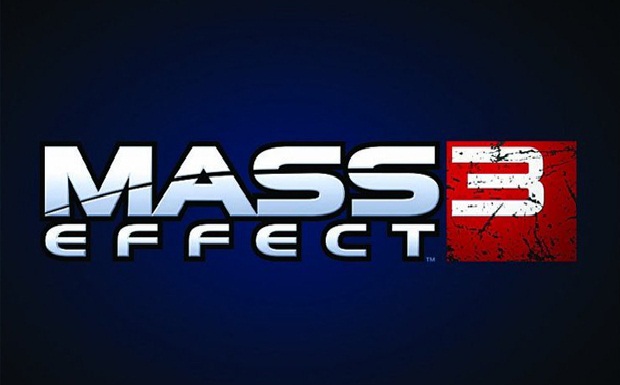 Bioware’s Mass Effect series is, by now, legendary. The original game, released for the PC and the Xbox 360, was groundbreaking at a time when the RPG genre was stagnating. Mass Effect, with its fresh new take on genre conventions, and superb story backed by exceedingly high production values, became a smash hit, both commercially and critically. For the longest time, it remained one of the Xbox’s most valuable assets in its console war against the Playstation 3, as Microsoft found it increasingly harder to secure and retain any exclusives for its machine.

Mass Effect 2 hit the Xbox 360 and PC earlier this year, and it instantly righted all that was wrong with the first game. Streamlining all of the first game’ mechanics to the point that they receded into the background, Mass Effect 2 followed Commander Shepherd, the last remaining hope for humanity, as, following his untimely death, and baffling resurrection, he raced across the Galaxy to recruit a crew to fight off the impending Reaper threat.

The game was met with universal acclaim, and it went on to score perfect scores across numerous publications, also becoming one of the highest rated games of all time in the process. It went on to win numerous Game of the Year awards (including our own), and has since been referred to numerous times as the best game this generation.

Obviously, the third Mass Effect title, whenever it was released, would have a hard time- it had its job cut out for it- at the very least, it had to be as good as Mass Effect 2, and if at all possible, it had to top its predecessors, both of them. Can Bioware pull off a hat trick?

At Spike VGA 2010, the rumors and speculation were put to rest finally, as the third and final chapter in the galactic opera was revealed in style, with one of the most epic trailers for any game ever:

Now that, my friends, is how you unveil a game as anticipated as Mass Effect 3.

Of course, the trailer brings with it its own set of problems, at Least as far as the series’ increasingly rabid fanbase is concerned- for starters, as many have pointed out rather unkindly, the storyline that it seems to imply mirrors stories of other games, such as Halo 3, another galaxy spanning saga about a fight against an alien species, that eventually ended in a final stand on the earth. Allegations being leveled include those claiming that Bioware is keeping the scope of the final game too narrow, and falling into the same anthrocentric trap that many other sci fi stories fall into- in this case, the specific question that arises is, after the Reapers have arisen after nearly fifty thousand years, why would they expend all their energy into taking out the Earth, a planet on the Galactic periphery? Why would they focus on the humans so much exclusively?

The answers to those questions will, of course be answered in the game when it releases late next year (assuming no delays). Hopefully, those answers will be satisfactory. In the meantime, it is also to be hoped that Mass Effect 3 is the perfect amalgamation of the first two titles in the series- whereas the first was an effective RPG that was let down by its interface issues, the second game streamlined the RPG elements to such a degree that the game began to resemble a third person shooter more than anything else. Hopefully, the third game in the series strikes a perfect balance- maybe this time, we can have a deep and intricate RPG that is incredibly streamlined.

Also to be hoped is that Bioware doesn’t mess Mass Effect 3 up- a valid concern when one considers that not only is this game being released less than two years after its predecessor, but also that during this time frame, Bioware has also been working on numerous other projects, including Dragon Age 2, Star Wars: The Old Republic, the PS3 port of Mass Effect 2, and the add ons and DLC for Dragon Age: Origins and Mass Effect 2. Hopefully, the quality of the third Mass Effect won’t be diluted as a result. Please, Bioware. You have the chance of having what may be the greatest game trilogy of all time. Just don’t screw it up, please.