This Is A Thing: Steam Hit 9 Million Users Concurrently 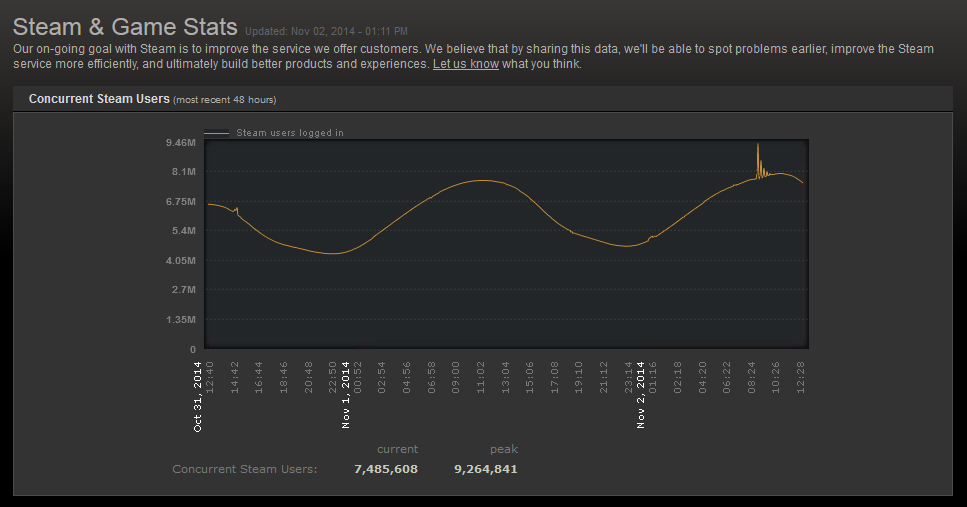 Steam is big, we know that. It probably has a bigger and more engaged install base than any console currently on the market. The biggest indicator of Steam’s success, however, is just the sheer number of people that are using Steam at a time, also known as concurrent users. Steam has set tremendous records with its total concurrent users in the last few years, and seen exponential growth based on those. And now, it hit another all time high, breaking another record in the process.

Earlier today, Steam managed to hit a sudden peak of over 9 million users logged in, all at once. Of course, it’s hard to say exactly what caused the sudden upsurge in traffic, as the number of users eventually settled back down to its usual average of 7 million, but still, that’s a pretty high number right there.

Expect to see it go only up as we enter the holiday season, and as the Steam sales begin.