THQ  today announced eight World Wrestling Entertainment Superstars will be featured across multiple front covers of WWE SmackDown vs. Raw 2011, the latest edition to the renowned simulation-based cornerstone of the company’s WWE videogame portfolio. WWE Superstars John Cena , Big Show and The Miz are slated to appear on the front cover in the United States, Australia, New Zealand, Singapore, Hong Kong, Taiwan and India, while WWE Superstars Randy Orton, Undertaker and Sheamus will appear on the front cover available throughout Europe. Additional regional covers are expected to be announced later this year. WWE SmackDown vs. Raw 2011 will mark one of the few times in franchise history that multiple variations of cover artwork will be available around the world. 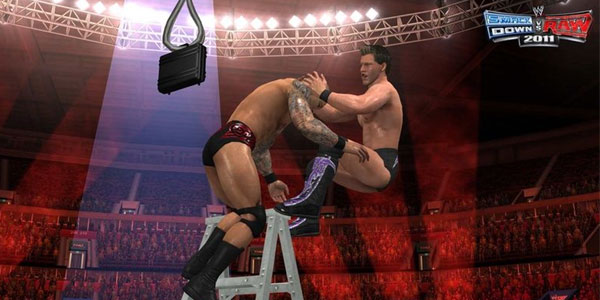 “John Cena, Undertaker, Randy Orton, Big Show, The Miz and Sheamus are incredibly talented WWE Superstars who took part in some of the biggest moments ever witnessed in WWE,” said Danny Bilson, Executive Vice President, Core Games, THQ. “We look forward to delivering an unparalleled WWE simulation experience with WWE SmackDown vs. Raw 2011, including best-in-class creative tools and decision-making abilities for players to define their own virtual WWE moments.”