Could these be the two games THQ Nordic is set to reveal at E3 this year?

E3 is right around the corner, and there’s all types of leaks, hints, and people scavenging the internet to look for any scrap of information leading to some potential reveals. We reported earlier on THQ Nordic’s floor plans that mentioned two new games that they plan to reveal at the show. The company owns a lot of IPs, meaning there’s a lot of ground to cover there. Now, it’s possible we know what those two games could be, thanks to a controversial source.

Earlier in the year, a representative of the company did an AMA on a controversial website. We aren’t going to get into all of that (because boy, what a can of worms- we aren’t even going to name the website in question). But during that AMA someone an employee from the company posted a potential list of games that THQ Nordic could have at the conference, and that employee may have inherently confirmed two new games mentioned in it- a new Destroy All Humans! title and a game called Darksiders: Genesis. You can see the screengrab below.

Destroy All Humans definitely seems to fit with the wording of “galactically beloved game/franchise.” And “a bold new vision” seems like it could make sense for a spinoff of a franchise like Darksiders: Genesis might be. Both those phrases are how THQ Nordic vaguely described their upcoming E3 reveals. We have to file this as rumor for now, largely because of the nature and tone of how this was revealed. E3 is close, so we will know soon enough. 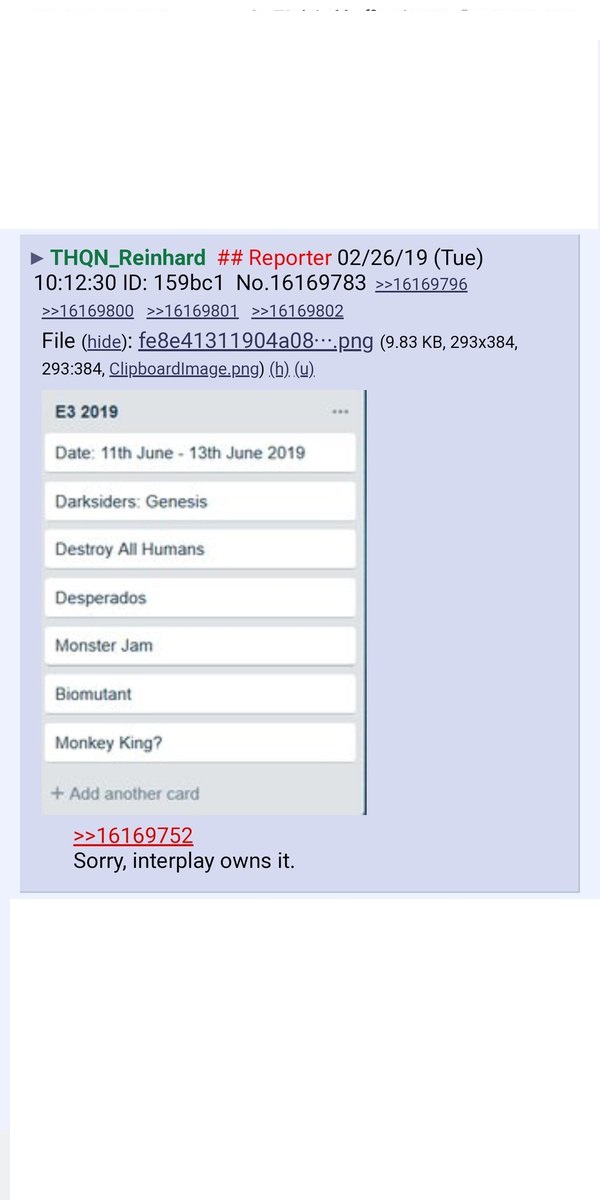