Another Titanfall map will return. 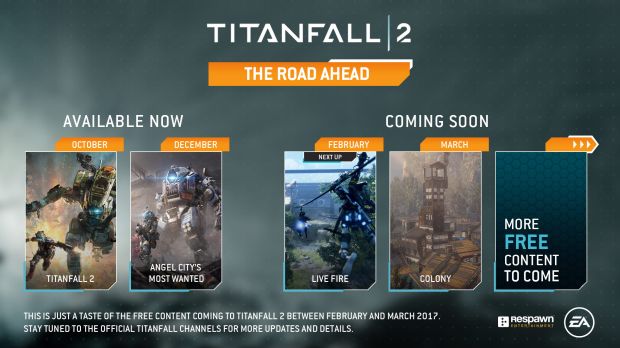 Respawn Entertainment’s Titanfall 2 is still going strong with the developer planning to release a new mode in February along with changes to how it handles playlists.

Live Fire, which launches with two maps, is a 6v6 round-based mode with no respawns or Titans. Wipe out the enemy or secure a flag to win best of five. Along with Coliseum also receiving a new map, Titanfall 2 will change up its matchmaking interface, allowing players to customize which modes they want to cue for (as opposed to joining the Mixtape playlists).

In a roadmap post however, Respawn indicated what’s coming up afterwards and it’s another Titanfall 1 map remake. This time Colony will receive a fresh new coat of paint and join the Angel City remake. More free content is promised for the coming months even as the game’s support grows thanks to positive reviews and word of mouth.

What are your thoughts on the free Titanfall 2 content? Let us know in the comments below.