Titanfall: EA Employee Had Lost The Key For The Presentation Room 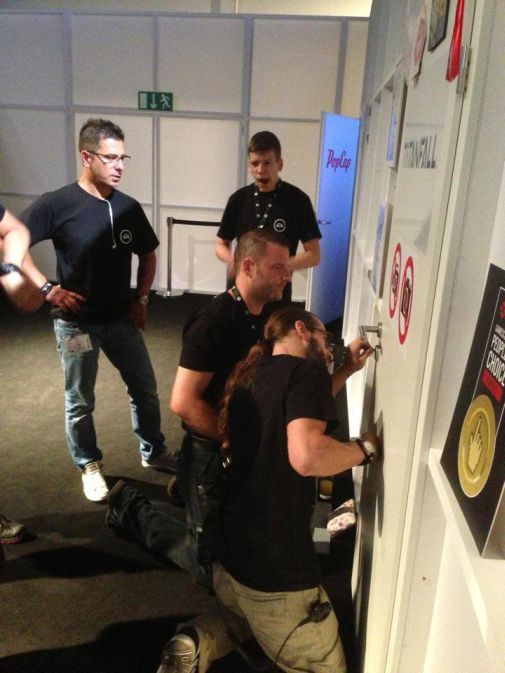 Titanfall has been making its fair share of waves when it was first revealed at E3 2013 during Microsoft’s presser. The game was showcased again at Gamescom, and there’s quite the funny story as to how things turned. Specifically, an EA employee lost the key to the presentation room for Titanfall. If only you could make up bad luck like this, but pictures don’t lie.

The presentation went off without a hitch and the bad turn didn’t have a long-lasting effect on the game’s success. But damn is it funny. One wonders if they asked Valve Software for a key (or two).

Titanfall is developed by Respawn Entertainment and will be releasing in 2014 for PC, Xbox One and Xbox 360. It will be a multiplayer-focused title, though it will incorporate various single-player elements such as NPCs and cinematics. Stay tuned for more details – or just more hilarious back-stage stories – on Titanfall as we approach its release.