Everything you need to know about Tom Clancy's The Division 2. 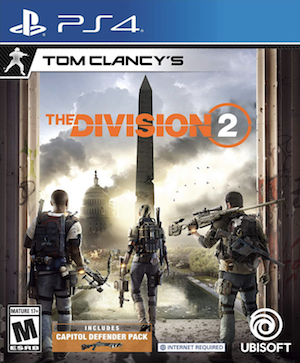 The Division 2 was formally announced by Ubisoft in March 2018, and revealed in full at E3 2018 a few months later. Developers Ubisoft Massive sought to address the most major criticisms and feedback they received from players for the first game, and as such focused on launching the sequel with more content, which would include more endgame activities and improvements to the PvPvE Dark Zone areas.

Ubisoft also announced that following the launch of the full game, they would release three expansions for it over the period of twelve months, which would add new story content, new gameplay modes, new maps, and other new content, and that they would be launching all the post-launch content for free. A private beta for the game was also scheduled to go live from February 7 to February 10.

Ubisoft have attempted to recreate the game’s setting of Washington D.C. as faithfully as possible and tried to keep it accurate to its real-life counterpart. After questions arose related to the political nature and messaging of the game, its narrative, and its setting, Ubisoft said that in spite of the game being set in the United States’ capital, it was not a political game or story. 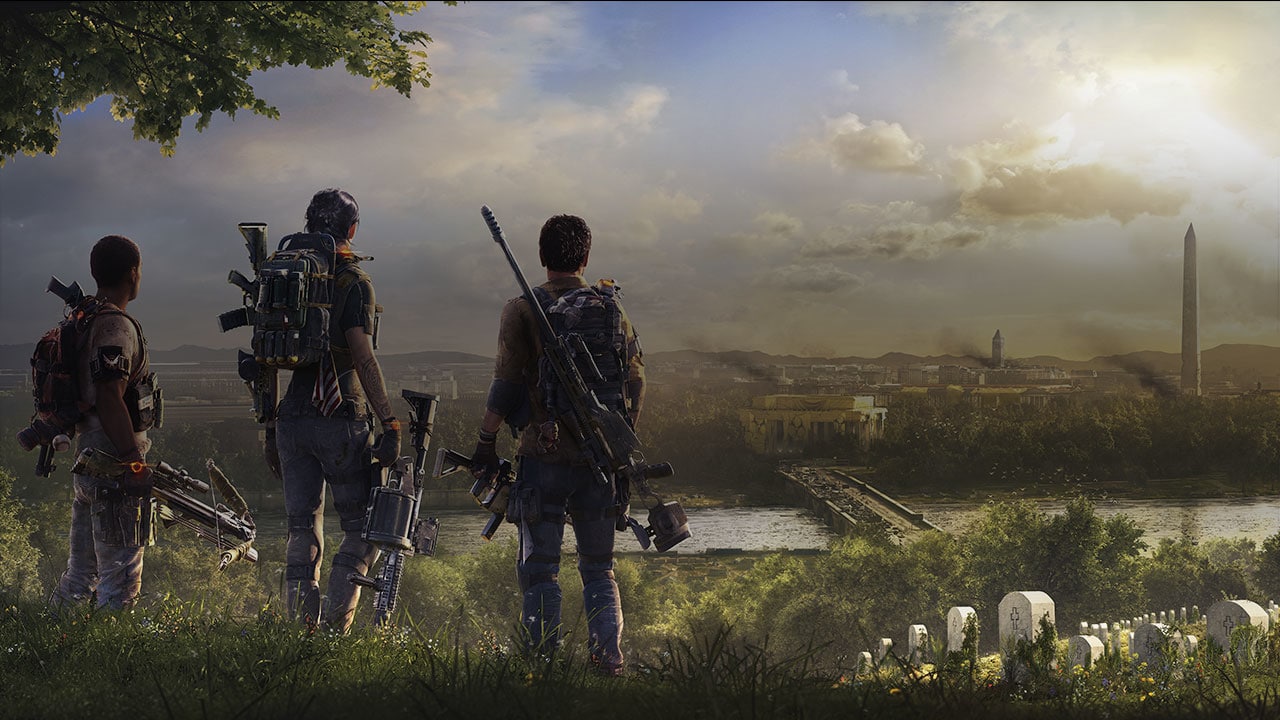 The Division 2 takes place in Washington D.C., seven months after the events of the Dollar Flu in the wintery New York City that were portrayed in the first game. The epidemic has spread to Washington D.C. as well, accompanied with riots and breakdown of social order and structure, which is exacerbated by an ongoing heatwave. A civil war has broken out in the area between the survivors and murderous bandits and factions that are attempting to take control.

Militant factions like the True Sons have established a strangle hold over the civil war-struck capital, led by former Joint Task Force member Antwon Ridgeway. To curb the ongoing chaos and to re-establish order, Directive 51 is enacted in Washington D.C., following which Division agents are sent to the capital, tasked with working alongside the civilian militia to overcome the enemy factions and recapture the capital. 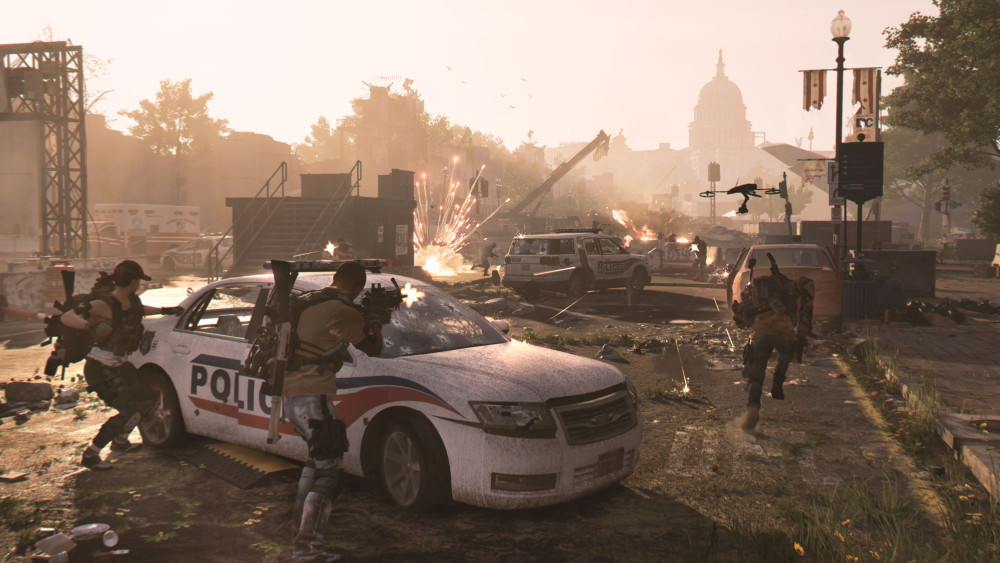 The Division 2 follows a structure similar to its predecessor. It is set in an open world environment, and can be played solo, but is developed primarily as an online co-op shooter, with both PvP and PvE elements. Combat plays out with cover based third person shooting mechanics, with players using weapons and gadgets, while the game also employs several role playing progression mechanics for stats, gear, equipment, and the like.

Throughout the game, players will also have to seek out and aid civilian settlements. This will entail rescuing or aiding citizens against antagonistic factions, and undertaking tasks and missions from civilians and NPCs found within settlements. There are also going to be several different factions in the game, with each having their own unique style of soldiers, abilities, and tactics. These include the True Sons, the Civilian Militia, the Hyenas, the Outcasts, the Black Tusks, and Rogue Division Agents.

The Division 2 also introduces Specializations, which is an added level of progression in the endgame. Upon reaching level 30, players can select one out of three classes to continue their character and weapons progression. These three classes are- Sharpshooter, Demolitionist, and Survivalist. Each class has different specializations and separate unique weapons and abilities. The Sharpshooter class specializes in sniper rifles and long range combat; the Demolitionist class specializes in aggressive close combat, with their weapon of choice being the grenade launcher; the Survivalist class traps and status effect attacks against enemies, and uses a crossbow.

The Division 2 also features new skills that can be employed by players during combat, which can entail either traps, or gadgets, or special offensive or defensive attacks. This can include the Chem Launcher (shooting chemicals that dispense upon impact, and can provide both offensive and defensive buffs), the Assault Drone, the Ballistic Shield, or the Seeker Mine. The Division 2 also introduces armour, with each agent (and often enemies) wearing armour that has to be first depleted before their health is effected. Enemies can also belong to various different classes and types, and depending on what kind of enemies players are fighting against, can require different tactics, such as flanking.

The Dark Zone from The Division returns and is expanded upon greatly. The Division 2 features three Dark Zones instead of just one, placed in the East (Capital Station), West (Georgetown), and South (Waterfront) sections of the map. Each of these three Dark Zones has its own distinct environments, landmarks, visual looks, and challenges. Similar to the previous title, these function as PvPvE environments, with higher level enemies to be found that give out much better loot, which is often the best loot in the game. PvP mechanics are implemented through the new “Going Rogue” system.

The Going Rogue system entails players going rogue against fellow Division agents (controller by other players) in the Dark Zone, and is segmented into three separate tiers. Players fall into the first tier if they take non-lethal action against other players, such as stealing supply drops, cutting down extraction ropes, picking locks, or other non-violent actions against players. Players fall into the second tier if they kill a fellow Division agent (downing another agent doesn’t count). At this stage, they are displaced as a large red icon in the map. In the third tier, players have killed various fellow Division agents, and their location is displayed to all other players in the Dark Zone as a high priority target. The bounty on the player’s head increases with each successive tier, encouraging other players to track them down and kill them. While players can clear their names in the first two tiers by running down a timer, the only way to do so in the third tier is by reaching a particular location or by doing it through an SHD Terminal, and is otherwise permanent.

Dark Zones in The Division 2 also have checkpoints, with their entrances being manned by automatic turrets, which protect newcomers and low-level players against Rogue agents or other enemies. Dark Zones can also be Occupied. Occupied Dark Zones are the toughest areas in the games, with higher level enemies, no safety checkpoints, while player stats are also not normalized. These areas have higher rewards and higher level loot. Beyond Dark Zones, The Division 2 also has other endgame content planned at launch. The game will also have raids, which can be played by upto eight players in a group.